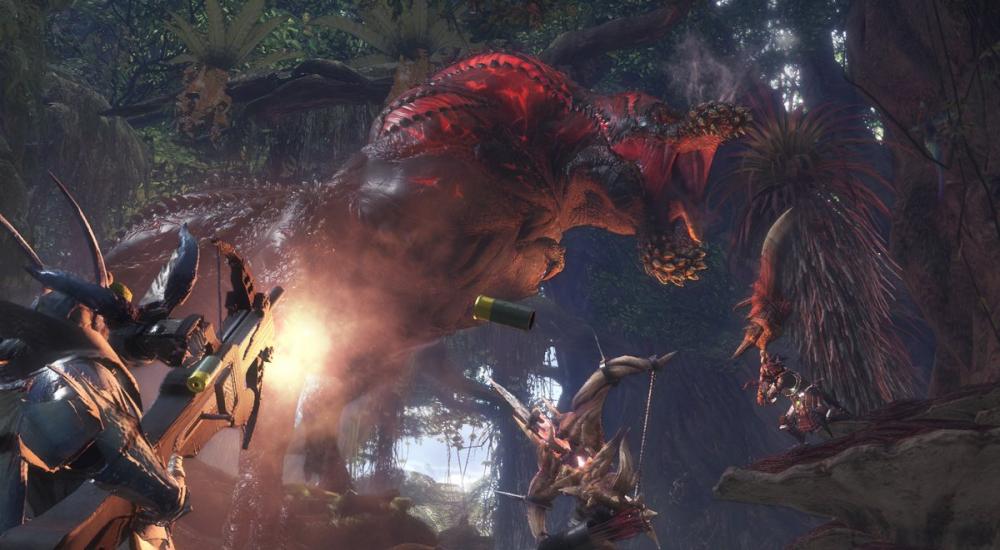 Quite a bit of stuff will be heading to Monster Hunter: World over the next few weeks/months. Capcom held a live stream earlier today to discuss the forthcoming title update that will drop next Thursday, March 22, as well as plans for other content that is in the works.

You can catch a recap of the full stream over on Capcom's Twitch account, and a text recap over on the Capcom blog, but here's a quick rundown of some of the bigger points:

So that's all in store for Monster Hunter: World and I'm pretty stoked for all of this content over the next couple months. The game has already become a part of my regular gaming routine, and I can't wait to hunt a Teostra while looking like Dante, though it's too bad they don't have an Ebony and Ivory Light Bowgun...

Monster Hunter: World is available on PlayStation 4 and Xbox One, with a PC release slated for Fall 2018. Four player co-op is supported in most Assigned Quests, Optional Quests, Event Quests, and Investigations (some Investigations limit the player count to just two).