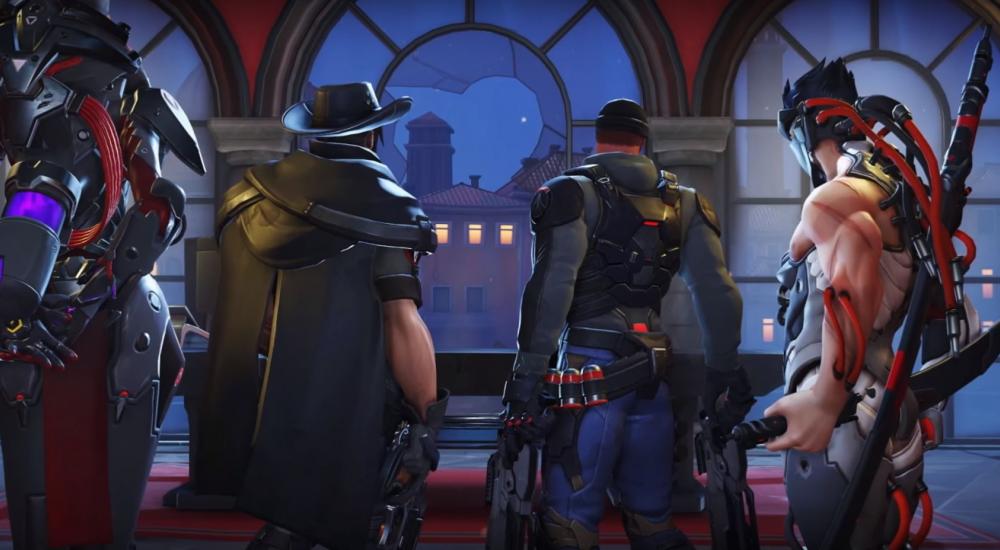 Last year, Blizzard started something new with their popular team-based shooter, Overwatch: limited time co-op missions that represent defining "story" moments for the characters within the game. Dubbed "Overwatch Archives," the first of these was the "Uprising" event last April that took players through Tracer's first mission as a part of the group. A new event, called "Retribution," kicks off today and takes players through the mission that marked the beginning of the end for the peacekeeping group.

"Retribution" is set in Venice, Italy eight years prior to the current events of the game. Within the context of the lore, this is a covert op conducted by Blackwatch the, let's say, secret/shadier side of the otherwise "pristine" Overwatch group. The four-person team is comprised of Gabriel Reyes (later Reaper and, at this time, head of Blackwatch), Genji, Moira, and McCree. As the trailer indicates, things don't go well and what should have been a quiet mission goes a bit more public than anyone would like, thus putting the head of Overwatch, Jack Morrison (aka Soldier: 76), into the spotlight.

Similar to last year's "Uprising," the "Retribution" event will allow players to tackle this new mission either in "Story" mode using the four characters mentioned previously, or they can mix things up in "All Heroes" mode and choose any character they wish. Oh, and in case you were wondering, there are some shiny new "Archives" loot boxes added to the game that you can acquire that will include the usual assortment of new skins and in-game cosmetics/goodies.

The event kicks off today and will end on April 30. Last year's "Uprising" event is also available to play during this time as well, if you wanted to hop back into that or missed it the first time around. While we got our fill of it after going a couple rounds last year, it sounds like we weren't the only ones that felt that way. Blizzard got some feedback about how to make these types of missions better, including making the enemy units a little more distinct than what you normally encounter, and has implemented that into the "Retribution" event. Hopefully, that will all be true.

I really like the idea of Blizzard creating these more story-based co-op missions for the game. I'll dive into any lore when given the opportunity. I just wish it was a full-on mode that I could play anytime instead of during this set window.