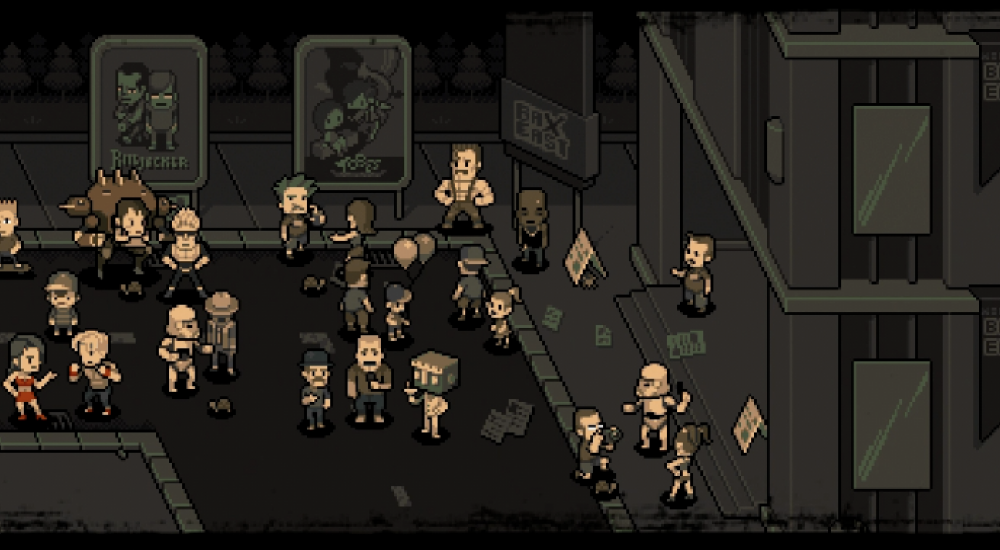 Secret Base's co-op beat-em-up, Devil's Dare, is making its way onto the PlayStation 4 and Nintendo Switch today as Streets of Red: Devil's Dare Deluxe. The title features all the same great action as the original PC version, with the added benefit of two new unlockable characters.

The game originally debuted on PC back in October 2014. You can read my full review here, but the quick summary: I really enjoyed it. The combo/"Fatality" mechanic introduced an interesting way to approach combat - as you had to juggle a little bit of risk/reward for clearing enemies vs getting the most money (used to revive and buy upgrades) possible - and the "evolving" bosses added another layer of strategy for how you chose to tackle, and in what order, each level. If you're a beat-em-up fan, I think it's definitely worth checking out, especially on the Switch where the "play anywhere" nature means there's always a couch (or bench, or chairs + table) nearby.

Streets of Red: Devil's Dare Deluxe is available on PlayStation 4 and Nintendo Switch for $8.99. It supports four player couch co-op throughout the main campaign.