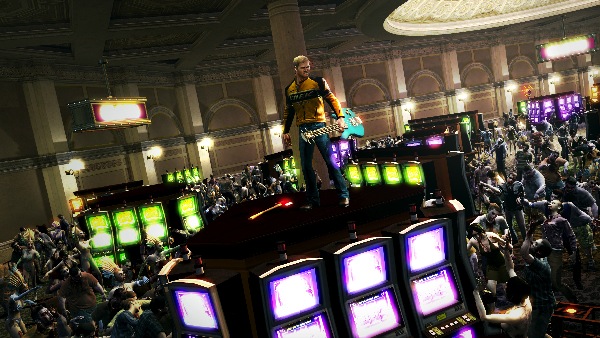 Gamespot has reason to believe that a Capcom artist accidently let the zombie out of the bag regarding Dead Rising 2 and the possiblity of a co-op mode.  In a recent session at GDC 09 Izmeth Siddeek stated that Dead Rising 2 is going to have "the GREATEST number of characters in a videogame."

So how many is the greatest?  According to the presentation somewhere in the neighborhood of 6,000 characters at once.  Here's the exact quote:

"6,000" was mentioned as being the maximum number of on-screen characters when multiple players are involved.

Multiple players?  That sounds like a co-op mode to me.  Gamespot pressed Capcom for more info but obviously they declined to comment.  We'll keep our chainsaws crossed on this one - it was a feature that was sorely missing from the original title.