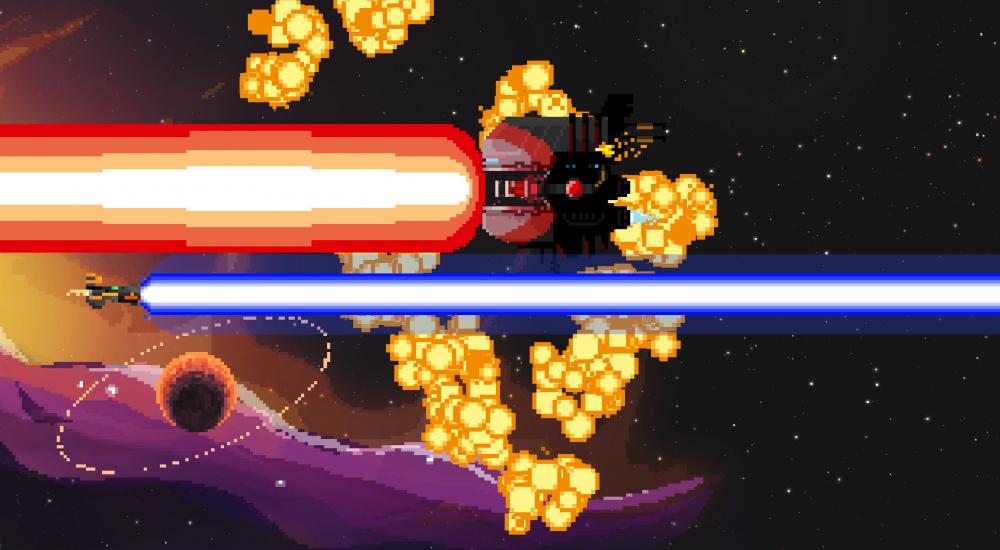 Steredenn is a shoot ‘em up with Roguelike elements released way back in 2015. It has always been a single-player shooter, but that recently changed with the free ‘Binary Stars’ update. Thanks to this surprisingly great update, the Xbox One and Steam versions of Steredenn now support 2-player local co-op (just like the Nintendo Switch version)!

The Co-op option is available immediately from the main menu. There’s no drop-in, drop-out co-op, so you’ll have to start out in either single-player or co-op and stay that way until you complete your run.

After selecting Co-op, the second player must press a button and both players can select their ships. Only one ship is available by default, but you can unlock additional ships by completing criteria such as defeating certain bosses in either solo or co-op. The second player does not select their own profile on Xbox One, so only the first player can earn Achievements.

In Co-op, both players share the same life pool. This can make things a little harder for a skilled player if your partner keeps taking hits, but the additional firepower certainly makes enemies and bosses go down quicker. It’s a very welcome addition to a game that has been out for quite a while; and will certainly breath new life into Steredenn for cooperative shmup enthusiasts.

Steredenn: Binary Stars is now available for $12.99 on Xbox One, Switch, and Steam. It is also currently on sale to celebrate the "Binary Stars" update on both Steam and the Microsoft Store until tomorrow. The PlayStation 4 version of Steredenn has yet to receive the ‘Binary Stars’ update, but hopefully co-op is in the stars for Sony players as well.