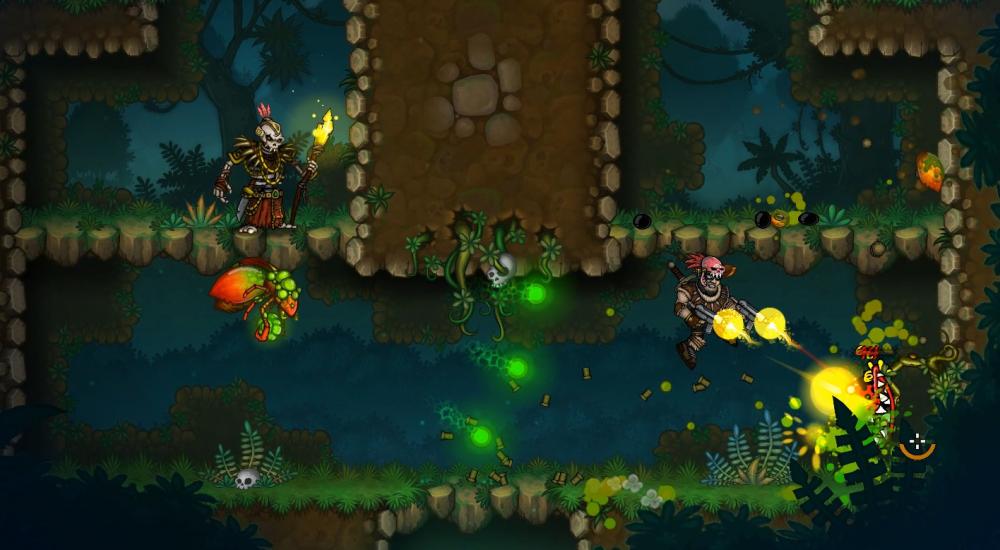 Awesome Games Studio's latest title, Fury Unleashed, got an update today that we're pretty happy about. While the game was previously a single-player only platform shooter with rogue-lite elements, you can now play through it all with a buddy on your couch.

The setup for Fury Unleashed is that things are going very wrong in the comic book multiverse and it's up to you - a former popular hero within the comics world - to set things right. Each of the three comic stories are set, but your playthroughs will vary each time as they are procedurally generated. If you die, you'll have to start all over again, but the ink you'll collect during each run stays with you and can be used to unlock upgrades and new weapons.

Fury Unleashed is currently available via Steam Early Access on PC. It is slated for a 2019 release on PC, Nintendo Switch, PlayStation 4, and Xbox One.