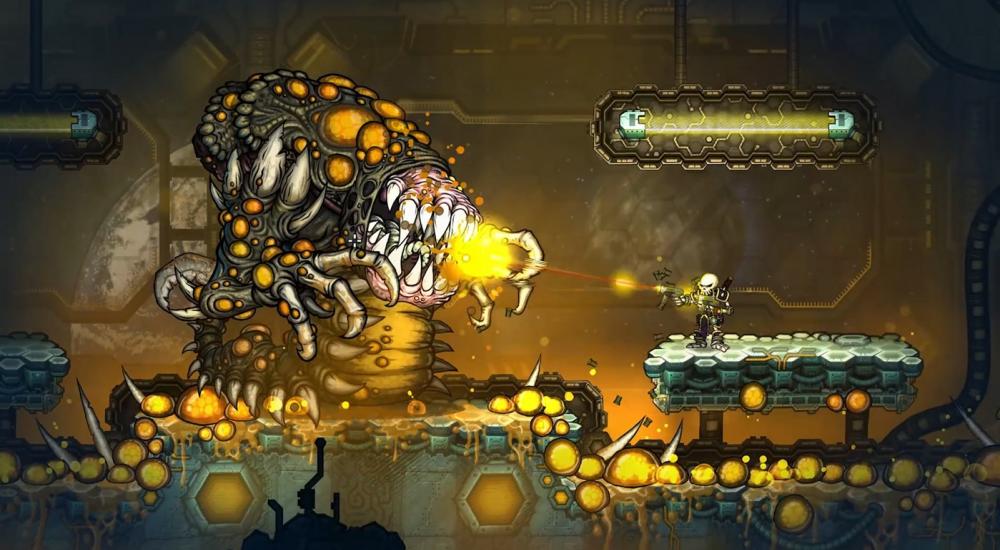 After an extensive five-year development journey (three of which were spent in Early Access), developer Awesome Games Studio is finally ready to, uh, unleash its creation upon the world.  Fury Unleashed, an action/platformer/roguelike played out over a series of procedurally generated comic book panels, will enter its final form on May 8th.

The world isn't likely to change significantly in the time until release, so Fury Unleashed should be a perfect way to escape the drudgery of everyday isolation.  Its art style, which I can really only categorize as "brutal", complements the combo-focused gameplay quite well.  As always, though, you don't need to take my word for it.  Check out the trailer below for a more enticing glimpse.

Plus, with Fury Unleashed's two player local co-op, you'll have the perfect excuse to hang out with your quarantine partner, assuming your relationship isn't in proximity-related tatters.  Each "stage" of your run occurs on a single panel, so you won't need to worry about characters getting separated.

Fury Unleashed is already available on PC in Early Access form, but its full release will also extend to the Nintendo Switch, Xbox One, and PlayStation 4.