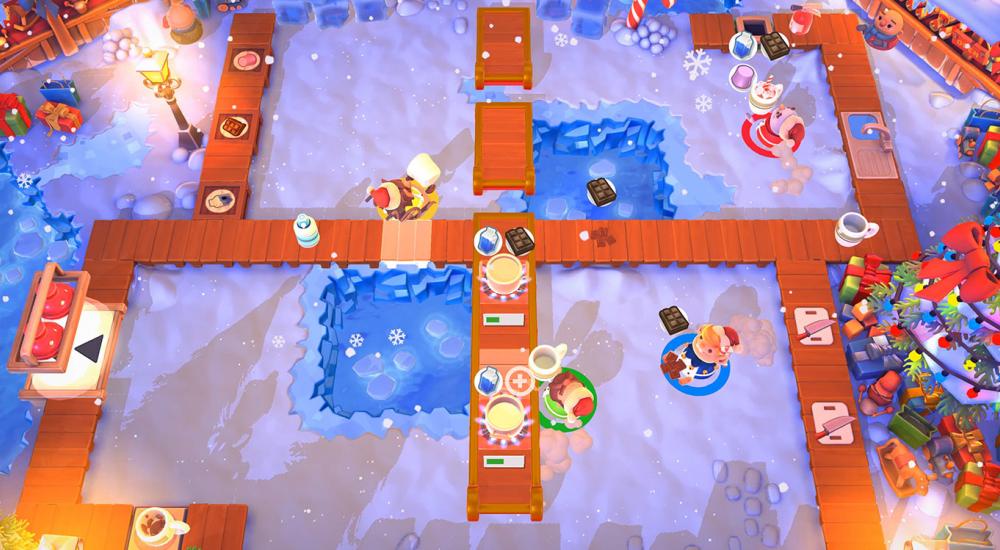 Just when you thought it was safe to go back into the kitchen, Ghost Town Games and Team17 dropped a free update for Overcooked! 2 last week that adds some new levels, a few new recipes, and a couple new chefs to use. "Kevin's Christmas Cracker" is available for all versions of the game and, as this is an update, it'll get added automatically.

Once you've gotten the update downloaded, you'll find the new content in the "Extras" section. Here's everything you'll get in this update:

Overcooked! 2 is available on PC, Xbox One, PlayStation 4, and Nintendo Switch. Four player co-op is supported throughout the Campaign and "Kevin's Christmas Cracker."