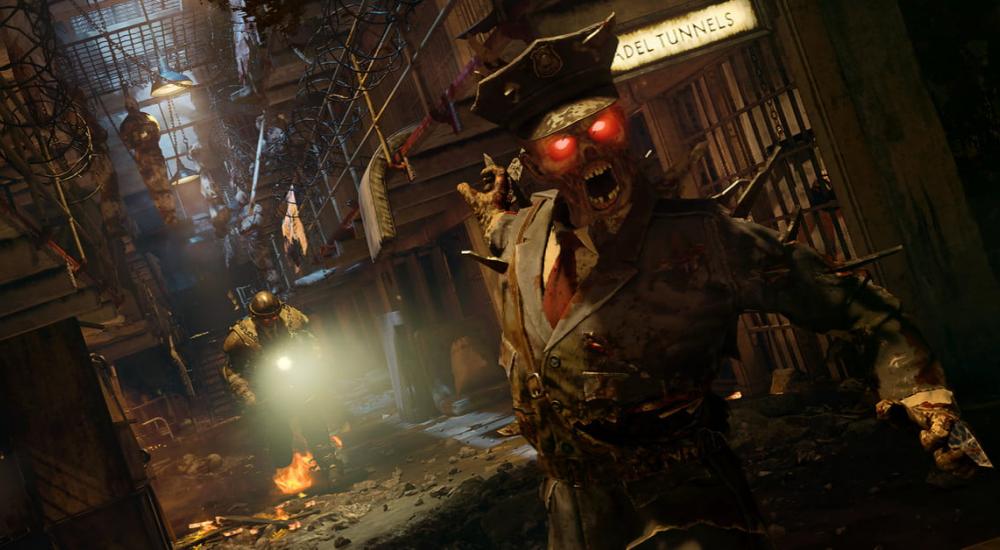 On Saturday, Treyarch took to Reddit to reveal its plans to celebrate the special day that is January 15 (1/15 -> element 115 the thing what made all dem zambies). Starting right about now, you can earn double character XP, double weapon XP, and double Nebulium Plasma (used to make helpful one-time use elixirs) in the Zombies mode for Call of Duty: Black Ops 4. But that's not all.

In that Reddit post (full thing can be found here), Treyarch also revealed a new way to enjoy Zombies mode with "Gauntlets." Unlike the regular Zombie mode where you survive as along as possible while also uncovering and completing secret objectives, Gauntlets are "curated 30-round challenges with unique rules for each round." Making it through certain rounds (10, 20, and 30) will reward you and your crew with a certain amount of tier rewards (Bronze, Silver, and Gold, respectively). Failing a round doesn't stop your Gauntlet run complete, you'll just earn a strike; get three strikes, though, and you're done. If you're able to make it through all 30 rounds without failing an any of the rounds, then you'll get some special rewards.

There is a little bit of a competitive aspect to all this, too, as the rounds always have the same rules and are timed, so Treyarch is hoping to see teams try and outdo one another. Also, it opens things up for folks to try and speed run it.

For now, the only map that will have a Gauntlet mode is "Unsinkable" from Voyage of Despair. It's also only available on the PlayStation 4 version of the game, though presumably it'll come to other platforms eventually. They've also teased some other news/surprises for the Zombies mode today, so we'll see what else they have in store for us.