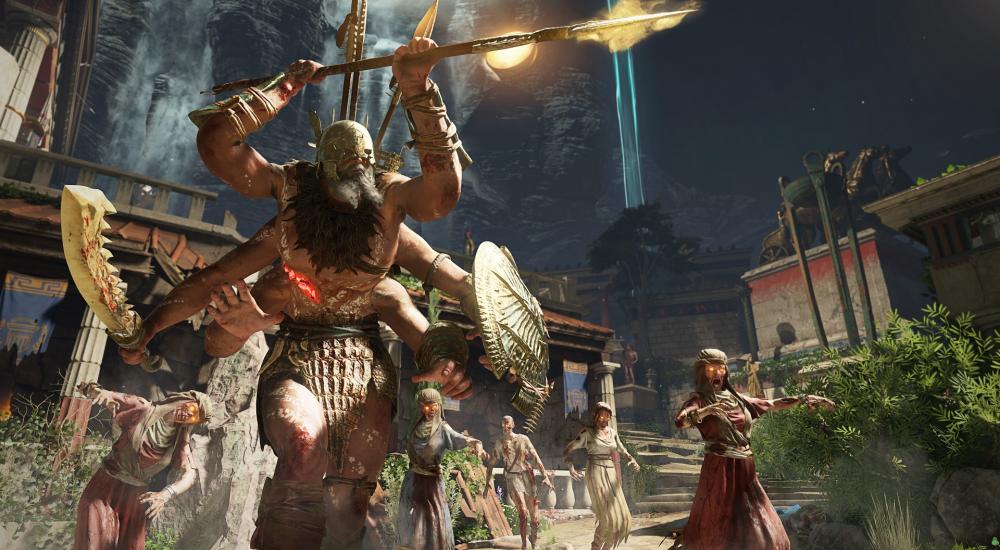 The third and final chapter in the "Chaos" zombies story has arrived. "Ancient Evil" is now available for Call of Duty: Black Ops 4 on the PlayStation 4 (sometime later for Xbox One and PC), provided you've got a Black Ops Pass. You're headed back to ancient Greece, but rather than a colosseum, you'll be exploring the underground city of Delphi and taking on some mythological beasts.

This content arrived with the 1.06 update that dropped yesterday, which has a slew of fixes and new things that can all be found in more detail here. Specifically on the Zombies front, along with the new story chapter, there are a few other new goodies for the co-op mode, including a new perk ("Zombshell") and some new elixirs. A large part of the Zombies mode is uncovering all the various easter eggs and secrets that point you to the successful conclusion, rather than just running around shooting zombies until they eventually overwhelm you. Based on some quick Googling I've done, it sounds like folks are still figuring this one out.