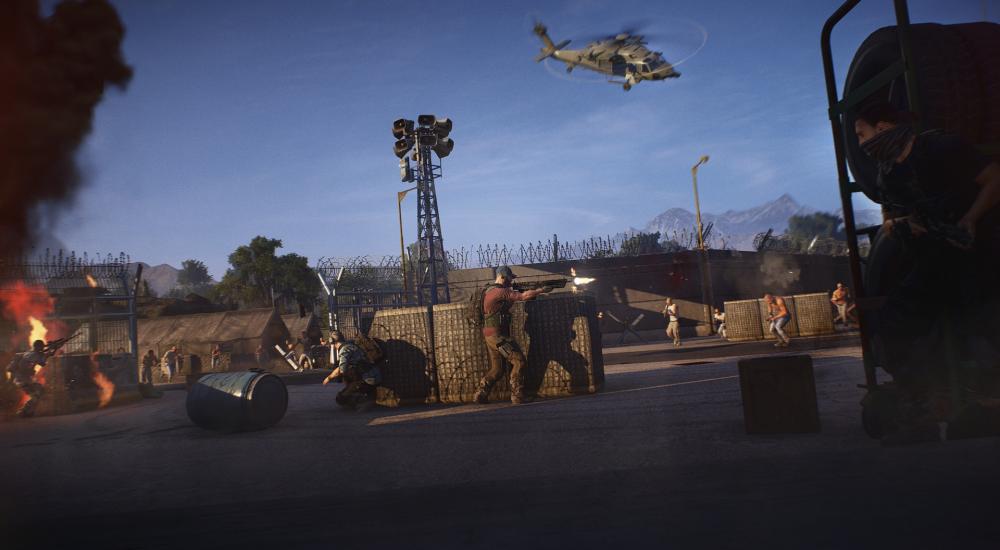 Year 2 of Ubisoft's planned content updates for Tom Clancy's Ghost Recon Wildlands comes to a close today with Special Operation 4. This update includes a number of new goodies, like new PvP maps, a number of updates, and a whole new PvE mode called "Guerrilla." Yes, it is wave-based survival.

The full patch notes can be found here, but the one item of particular interest to us is the new Guerrilla Mode. It isn't too surprising that the new PvE mode would be a "Horde" mode, but it's always interesting to see how different developers approach it. For Wildlands, there Guerrilla mode will pit you and up to three online players (can bring in group of friends, or do matchmaking) against 25 waves of foes. Between each wave, you'll have a prep phase where you can spend currency (earned from defeating enemies) to buy weapons and weapon attachments. So you and your buddy may both being using the same assault rifle, but you could have it kited out in a completely different way.

Tom Clancy's Ghost Recon Wildlands is available on PC, Xbox One, and PlayStation 4. The "Special Operation 4" update is available now on all platforms as well. Four player online co-op is supported throughout the main campaign, as well as in the new "Guerilla Mode."