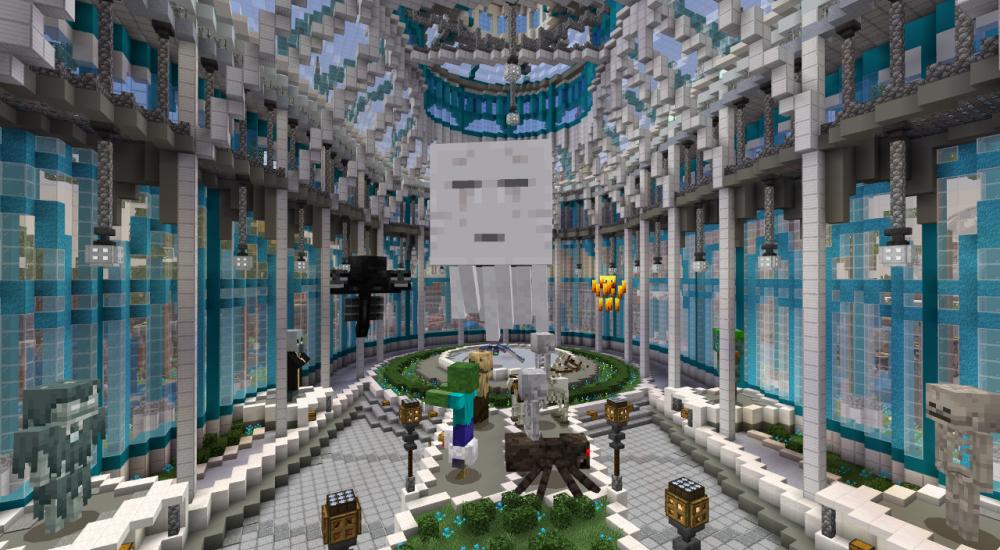 Way back in the year of our Lord 2009, a small project by the name of Minecraft popped up on the TIGSource forums.  Since then, it has skyrocketed into one of the most influential and widely-played titles in the history of gaming, and Mojang has a whole slew of celebrations planned to commemorate its lengthy history.

One of these celebratory events is the release of a free anniversary map to the Minecraft Marketplace, which can be accessed by players on Xbox One, Nintendo Switch, Windows 10, and mobile devices.  Java players can access it via the game's anniversary page.  The map, developed by the Blockwork collective, is a glorious cacophony of a thing, highlighting the numerous memories dotting the game's continued development.

Minecraft's online co-op is available on pretty much any device you can think of, but its local co-op is restricted to the console versions.  There are plenty of other things going on for its tenth anniversary, including some hefty discounts on the store and a couple super-secret announcements coming on the 17th, so be sure to check out the anniversary page linked above to keep tabs on it all.