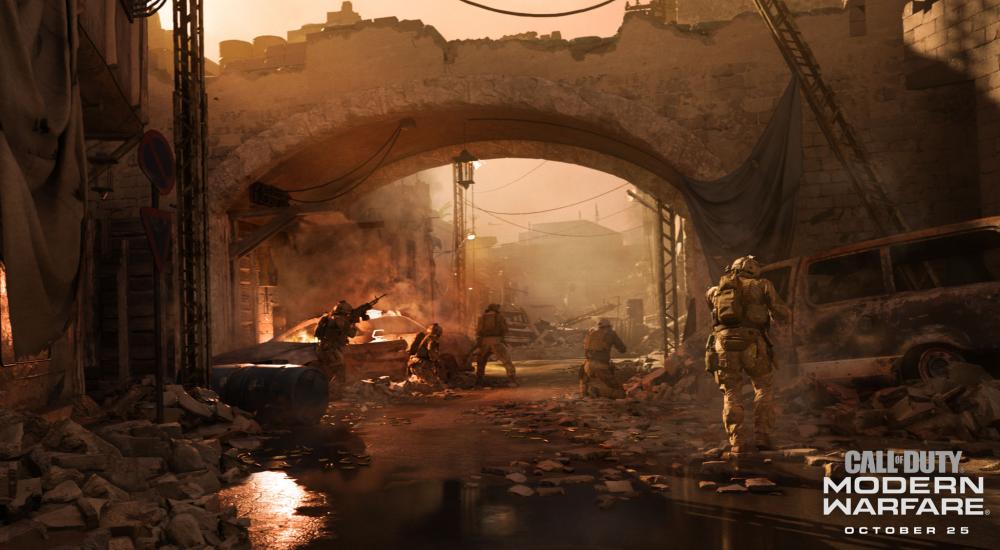 “This is an all-new Modern Warfare reimagined in every way,” said Dave Stohl, co-Studio Head, Infinity Ward. “We are creating an emotionally charged experience that’s inspired by the headlines in the world today, where the rules are grey and battle lines are blurred. Players will join a varied cast of international special forces and freedom fighters in gripping and heart-pounding missions through iconic European cities and volatile expanses of the Middle East. It’s intense, it’s exciting, and we can’t wait for our fans to play this October.”

So while the trailer teases returns of fan favorite characters, it appears the storyline will be modernized and likely contain new missions. Along with the campaign players will get PvP multiplayer and "co-op experiences." Could we see the return of the Spec-Ops mode from Modern Warfare 3? Perhaps most exciting about this announcement is all the technology blurbs buried in the press release. Here's the highlights:

Call of Duty: Modern Warfare will be out on Xbox One, PlayStation 4 and PC on October 25th.