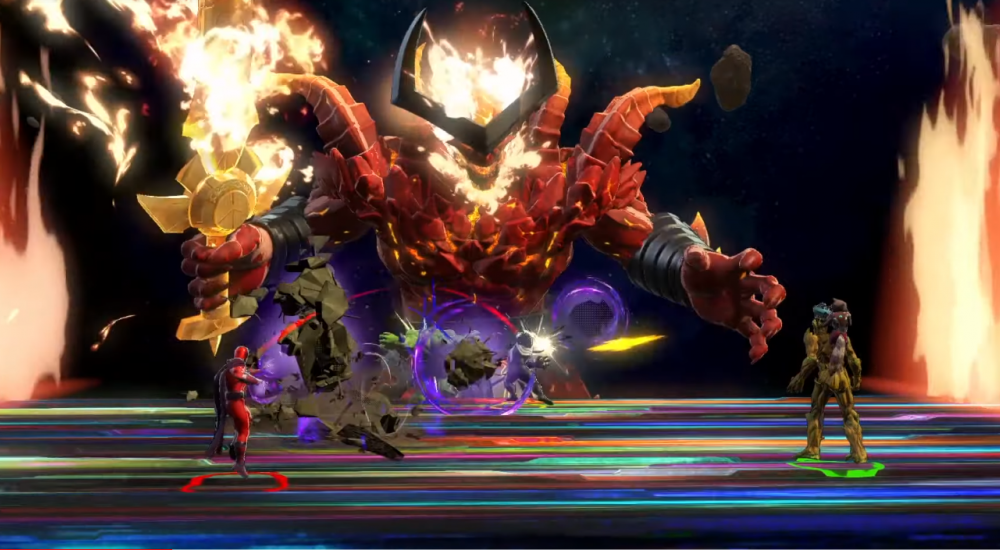 The upcoming Nintendo Switch exclusive Marvel Ultimate Alliance 3: The Black Order will have additional character packs available after release as DLC. These packs were revealed as part of Nintendo’s E3 event but few details were provided, with the official webpage for the game stating that the game will feature “The Avengers, the Guardians of the Galaxy, the X-Men, and more!” However the post then goes on to outline that you can “Then expand your ultimate alliance with the paid Expansion Pass, which includes upcoming DLC content from popular franchises like the Fantastic Four, the X-Men, and the Marvel Knights.”

While the game is slated for a July 2019 release, details as to when the DLC will arrive or which members will be included are sparse. The only detail on the Nintendo listing notes that the first piece of DLC will arrive Fall 2019, though what is included is not featured at all. If you did not have a chance to catch Nintendo’s E3 show you can watch the trailer for the upcoming Marvel game below.

After their Direct on Monday, Nintendo's continued to talk about and show off all their upcoming big release, including Marvel Ultimate Alliance 3. If you're done with trailers and just want to see the game in action, then check out footage below from Nintendo's E3 Treehouse stream where they hop into a four player couch co-op session with one of the developers.

Will you be grabbing the newest installment into the Ultimate Alliance series, or has the idea of more heroes coming over time turned you off to the notion of being Earth’s Mightiest Heroes? Let us know in the comments below!