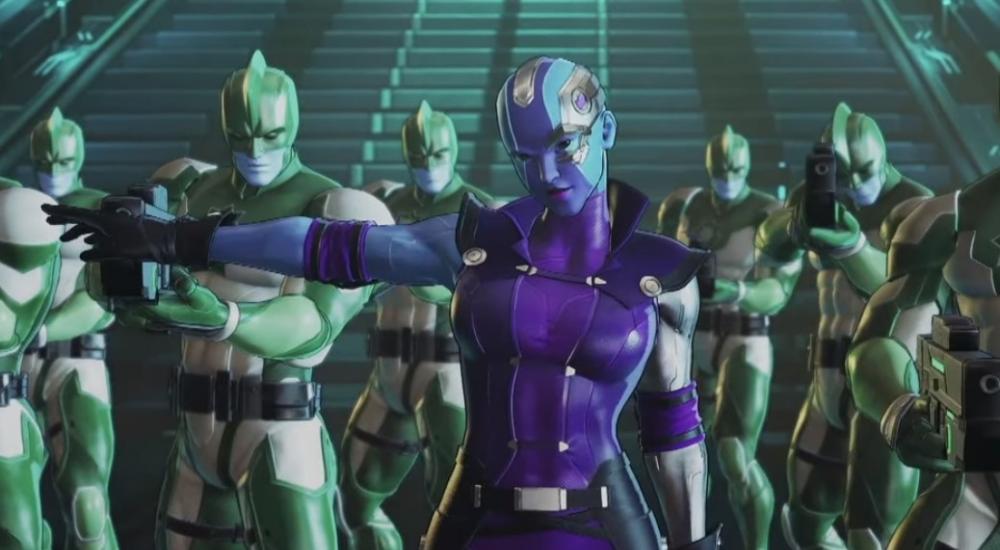 As Spring begins to turn to Summer, we've got our eyes on one date in particular right now: July 19, aka the release date for Marvel Ultimate Alliance 3: The Black Order. It's been awhile since we've had a new entry in the series and what feels like even longer since a game has come along that lets you play with friends in whatever config you want (couch, online, WLAN, a mix of all those). We've been eagerly awaiting for some more info about the game outside of the short video clips we've seen so far, and Game Informer is here to feed that need.

Their big cover story for June is all about The Black Order. While much of their coverage thus far is focused on some character-specific gameplay and the origins of the Ultimate Alliance franchise, Ben Hanson and Ben Reeves did provide some hands-on impressions based on their limited time with the game. It's worth reading through the full piece, but in short, it sounds like if you were a fan of the previous two games (and the X-Men Legends games), Black Order doesn't disappoint. There hasn't been much mentioned about the co-op that we didn't already know (i.e., it supports drop-in/drop-out and couch co-op), but they do briefly talk about a new game mode, "Infinity Trials," that are repeatable missions with some kind of challenge factor (such as beating all enemies within a time limit). These missions reward you with experience and gear for your characters and sound like a good way to progress/farm for gear outside of the campaign.

Marvel Ultimate Alliance 3: The Black Order will arrive exclusively on the Nintendo Switch on July 19, 2019.