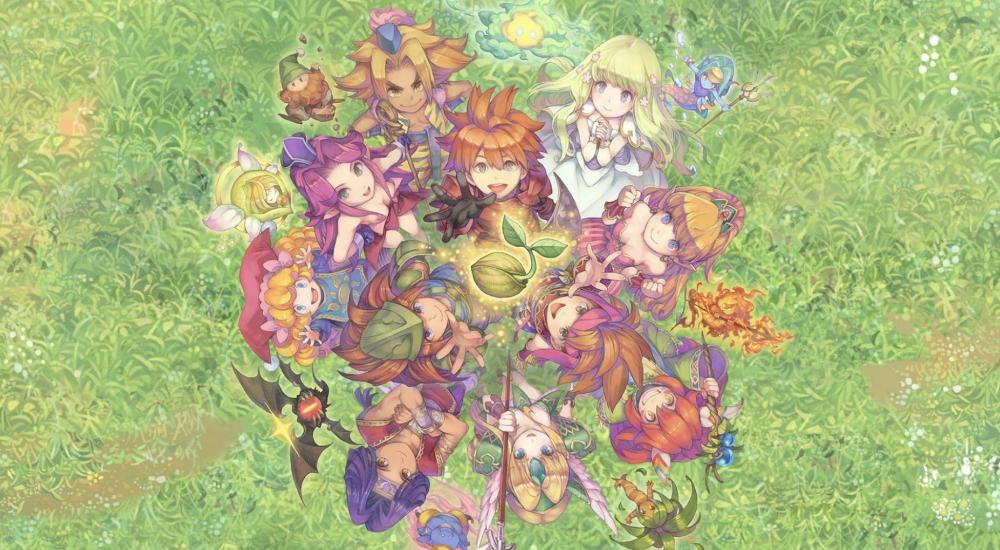 During their E3 Direct, Nintendo announced the Collection of Mana was coming to the States that very day (it's available to purchase digitally now). This bundle of the first three Mana games - Final Fantasy Adventure, Secret of Mana, and Trials of Mana [aka Seiken Densetsu 3] - was released in Japan back in 2017, and fans of those titles gazed from afar wondering if they'd ever bring it to other territories. Amazingly, they have, and you can play all of these games in English, French, or German (and for Trials, Spanish, too).

The big "get" here is Trials of Mana, which was released in 1995 for the Super Famicom but never made its way outside of Japan. It is a sequel to the fantastic Secret of Mana and, prior to this collection, the only way to play it was through some emulation means. Now, anybody anywhere can enjoy this classic on their Nintendo Switch!

Trials used the same combat methods as Secret of Mana, i.e., the kind of "charge" system with attacks and casting spells from different elements of magic, but the big distinction was that there were six playable characters from which to choose to play, each with their own storylines (though they are broadly grouped into three main sub-plots). Furthermore, character progression wasn't a static "get XP, get stronger" sort of system. Each character has an initial class, but at level 18, they can choose a new class that follows a broad path of "light" and "dark." This new class affects the character's base stats and certain abilities (such as being able to use new spells). At level 36, you'll have a new class choice to make that will, again, affect stats and abilities. These classes lead to a lot more customization over the characters you played compared to Secret of Mana, and even though it didn't impact the story in any way, felt like a meaningful choice for the time.

There is a 3D remake of Trials of Mana arriving on PlayStation 4, PC, and Switch sometime next year, but it sounds like that will be single-player only, unfortunately.