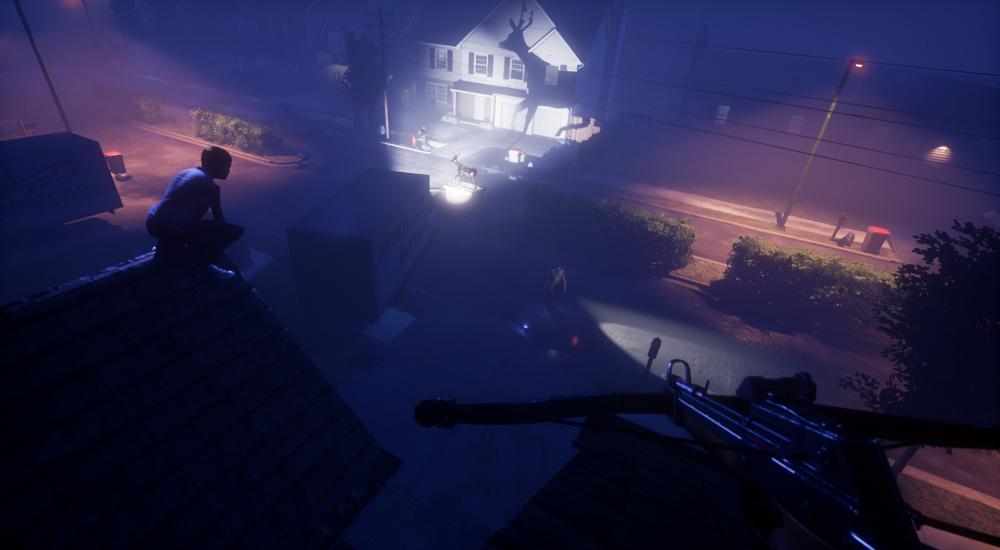 The Blackout Club leaves Early Access today, so what better time to revisit this cooperative, first-person, stealth horror game? Locke, Mike, and Jason took a trip down spooky memory lane last week to see how things were looking before it hit version 1.0.

You can check out our previous stream recap for a little more in-depth explanation of the various game mechanics, not much has changed since then. You're still taking on procedurally generated missions in a fixed area and you're still doing your best to avoid being detected as you complete various objectives. As you complete missions, regardless if you win or lose, you'll earn experience and level up your character. New levels will earn you ability points that can be spent on major and minor powers, and open up new areas of the map to explore (which also makes missions harder and nets you more experience). If you get captured by one of the human foes, you can try to fight them off before you get turned, and if you're taken by "The Shape," then you'll have to have a buddy revive you.

There are a couple new things since we last played, like the expanded levels and some tweaking to the different abilities. When last we played, too, it felt like the appearance of The Shape was based off some timer; now it's centered around how many "sins" you commit during the mission. Knocking out adults, breaking into houses, and using the "prank call" power all count as sins and the more you do these, the sooner The Shape will appear to take you all out. So, sticking to the shadows and avoiding any kind of confrontation is ideal. Tied into this system is a new feature that we didn't get to see during our playtime: the "invasion" mechanic.

This starts when you hit level five and, after an obligatory invasion into your game, it becomes an optional mechanic. The way it works is that another player, referred to as "The Stalker," will join a co-op session in progress; could be at the beginning, middle, or end. Their job is to record and report on your activities to try and make The Shape appear quicker. You can remove the Stalker by catching them, hopefully before they report too much. If you don't want to play with this mechanic, then it's easy. After the obligatory first invasion, you'll notice a new item in your hideout, the "Stalker Dossier." If you never use this item, you won't get invaded in any games you host. If you join a game with someone that has used it, though, then their game will be subject to invasions.

As we were still playing the Early Access version of the game, there are some things that have been polished up for version 1.0 - such as character and hideout customization options, and some bug fixes - and a new area has been added to the map along with new connections in the underground maze. There are still mysteries to uncover, like the sacrifice mechanic and the different "Voices," and while there's not an "endgame" per se, the devs have teased that there is more on the way.

The Blackout Club is available on Xbox One, PlayStation 4, and PC. Four player online co-op is supported in all missions.