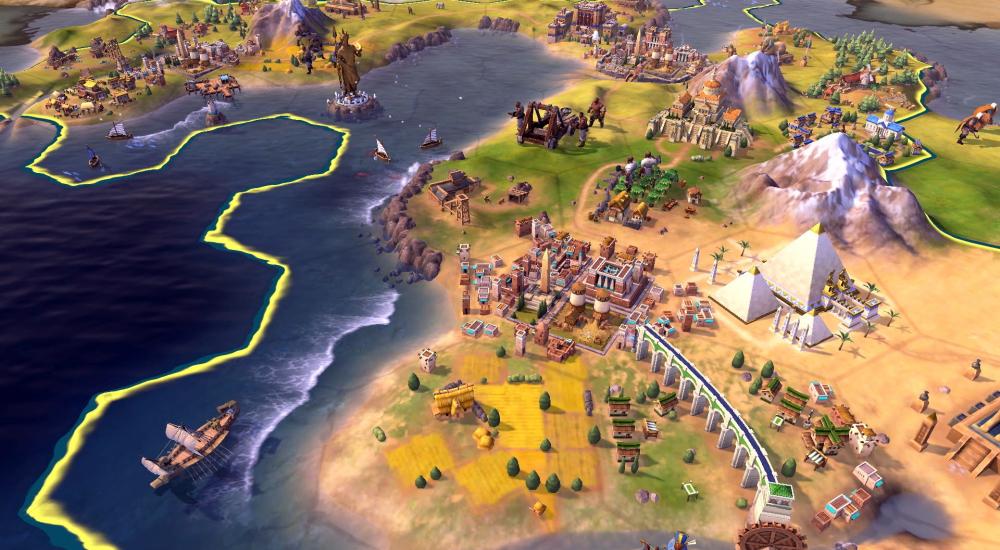 Sid Meier's Civilization series has resided for most of its lifespan on the home computer.  Occasional dips into the console world were made here and there, but it really wasn't until Civilization VI arrived that the folks at Firaxis made a full effort at bringing their expansive civilization simulator to the non-PC realm.

In November of last year, Civilization VI arrived on the Nintendo Switch, and presumably, that went well enough that the decision was made to pursue the rest of the console market.  As such, the game is coming to PlayStation 4 and Xbox One on November 22nd of this year.  You'll finally be able to experience a nation's millenia-spanning story from the comfort of your couch!

Since Civilization VI first arrived on PC in 2016, it's received numerous batches of additional content, ranging from small civilization packs to full, game-changing expansions.  Once it arrives on consoles, both the base game and a bundle containing the two expansions will be available for purchase.

While it may not mirror the exact realities of international diplomacy, Civilization VI's co-op allows players to build their civilizations together in a permanent alliance, leaving no risk of betrayal (but you can still bicker over resources as much as you'd like).  It can be played in both online and offline modes, with the latter taking a "hot seat" approach to multiplayer.  As mentioned above, it's currently available on PC and Nintendo Switch.