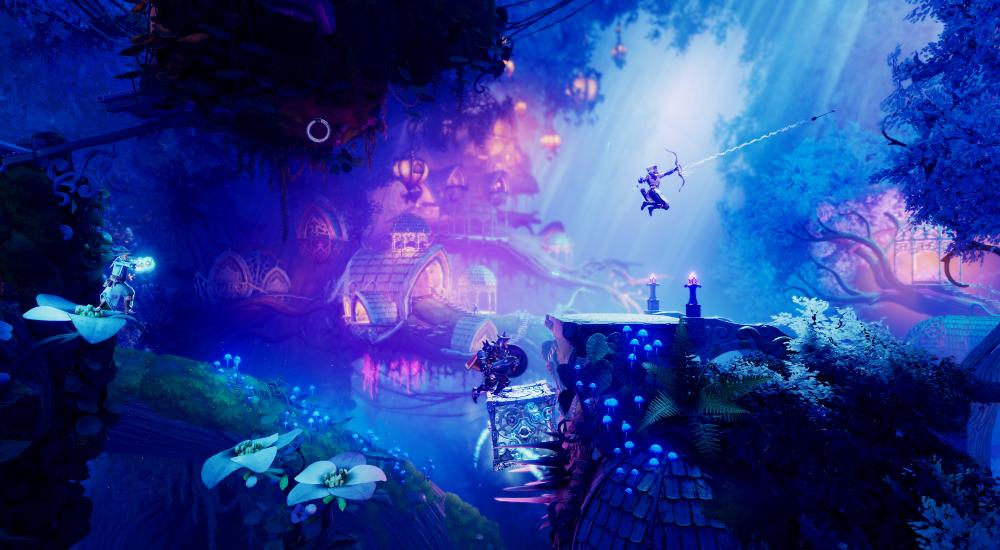 ">Trine 4: The Nightmare Prince is a mere seven days away, but even that feels like an eternity when waiting for the hottest 2.5D game of the year.  I see you shiver with anticipation, dear reader, but fret not, as I may have a cure.

Publisher Modus Games has blessed us with a lengthy Trine 4 trailer providing a detailed overview of the game's new mechanics.  As someone who's spent approximately twenty minutes on WebMD, I feel safe in recommending a dosage of two views per day over the next week, preferably with a meal.  However, if you find that your excitement lasts more than four hours... you'll probably want a second opinion with someone who's at least been inside a medical school.

This latest entry in the Trine franchise takes the game's mechanics and perspective back to their roots and focuses on the puzzle-y platforming you've come to know and love.  It can be purchased on its own or as part of the Trine: Ultimate Collection pack, which includes the original trilogy and serves as a great way to catch back up on the adventures of Amadeus and friends.

When the game arrives on October 8th, it'll be available on PC, PlayStation 4, Xbox One, and Nintendo Switch.  Its four player cooperative campaign mode allows players to work together online, offline, and any combination of the two.