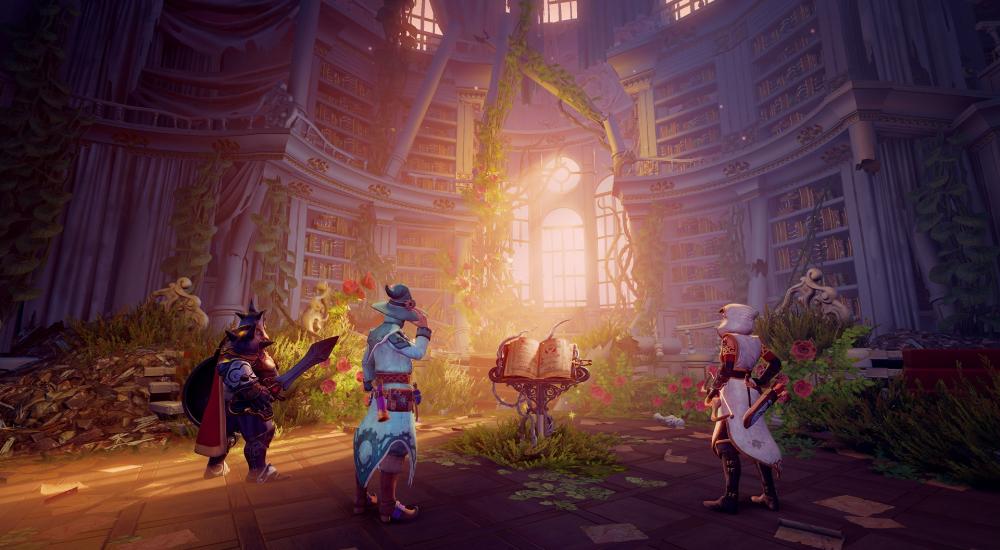 Frozenbyte's cooperative, puzzle-platformer series, Trine, has gone through its fair share of changes and innovations over the past 10 years; some good, some not so good. The forthcoming Trine 4: The Nightmare Prince is poised to be the best one yet as it returns to its 2.5D roots, increases the co-op player count from three to four, implements some valuable lessons learned from previous games, and somehow manages to have even more gorgeous visuals than before. Producer Modus Games and Frozenbyte have been detailing what's been going into the latest entry in a series of "Making Of" videos and today, they've shared the newest one with us.

The previous videos focused on how Frozenbyte initially came up with and then developed the Trine series as a whole, shifted to a conversation with composer and music producer Ari Pulkkinen about how he came up with the soundtrack for Trine 4, and finally, a discussion on the overall gameplay design of Trine 4. The latest video (found below) now looks at the art and story for Trine 4 with a particular focus on the titular prince that serves as both "person to be rescued" and the game's antagonist. It also takes a look at some of the real-life places and animals that inspired the artists to create some of the environments and creatures in the game.

In case you missed the previous "Making Of" videos, those can be found below with the "Making the Series" video first, followed by "Making the Music," and then "Gameplay Design."

Trine 4: The Nightmare Prince will be released on PC, PlayStation 4, Nintendo Switch, and Xbox One on October 8, 2019. Four player co-op will be supported throughout in a variety of configurations. Play with three other friends on your couch, team up with friends online, or mix the two via "combo co-op."