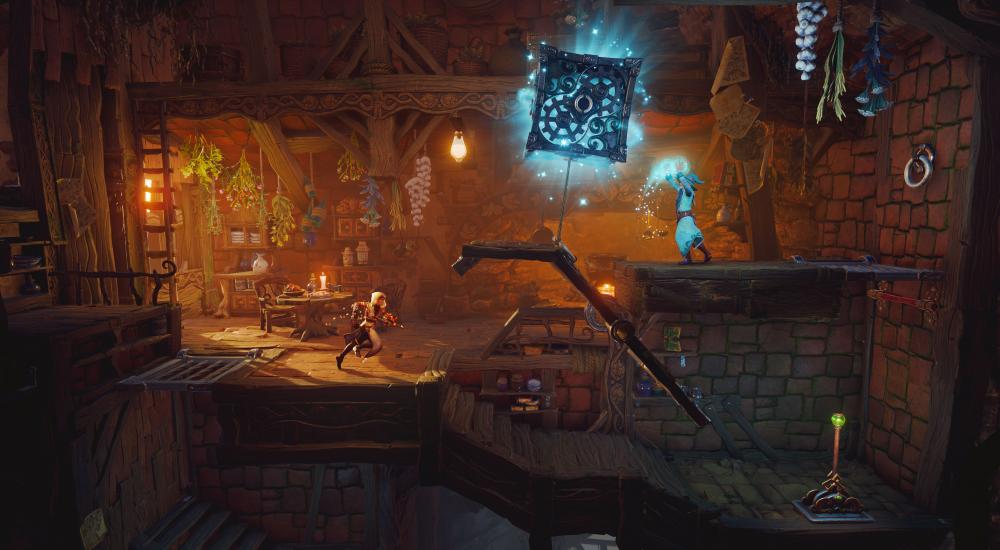 Nearly 10 years after the release of the first Trine, Frozenbyte has announced that a fourth iteration is on the way for the 2.5D action/puzzle franchise.  Trine 4: The Nightmare Prince bears a spooky title and even spookier release date - October 8th.

Naturally, a release date announcement is nothing these days without its accompanying trailer, so this news comes to us with a colorful video as well.  I can't say The Nightmare Prince seems to diverge a huge amount from its predecessors, but some would argue that's for the best.  Regardless, I'm very much looking forward to traversing these gorgeous new levels.

The Trine series has long held its sway over the gaming community, particularly those of the cooperative persuasion.  After establishing itself as one of the ur-indie developers back in 2009, Frozenbyte pressed onward, consistently releasing or re-releasing a Trine title every few years.  While they've put out a few other games in the intervening years, Has-Been Heroes among them, the adventures of the Amadeus, Pontius, and Zoya remain their bread and butter.

When Trine 4 releases October 8th on PC, PlayStation 4, Xbox One, and Nintendo Switch, it'll arrive with a four player co-op campaign in tow.  Arriving that same day and on the same systems is Trine Ultimate Collection, which contains the original trilogy all in one package.