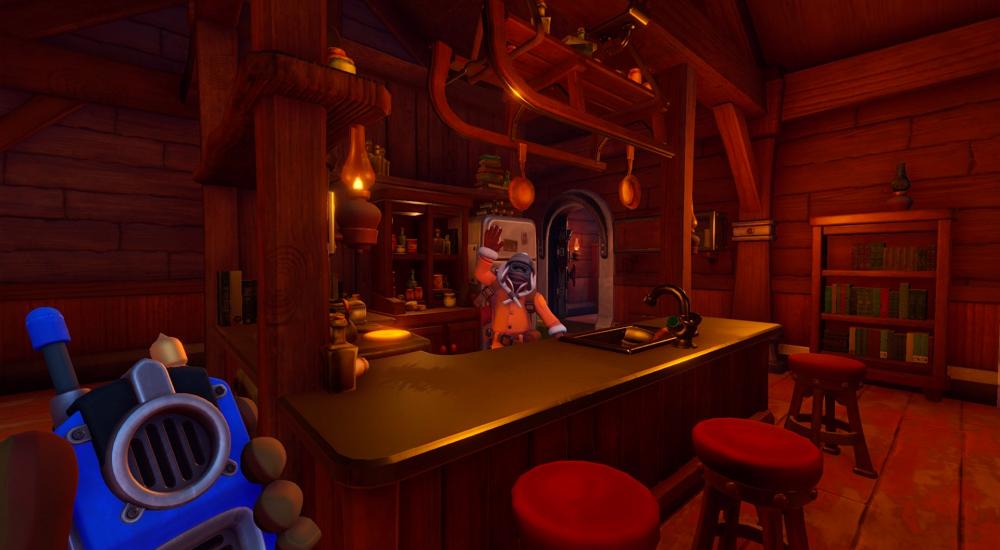 This week, Locke and Jason donned their snowsuits, grabbed their walkie-talkies, and set out into the Antarctic to solve some puzzles in We Were Here Together. The third entry in the We Were Here series arrived last week and while there are a few bugs to be worked out still, the fun co-op puzzle solving is still really good.

A couple of quick caveats to the video. First, much of the joy and fun in the game is figuring out the solution to the puzzles with a friend, so while we don't go too deep into it, you will see/hear us work out the first handful of these puzzles you'll have to solve. Spoiler warning, I suppose. Second, we run into a weird issue where it kicked me (the host) out of our co-op session after changing a key binding setting, and then Locke's game crashes altogether. So, from 6:30 to about 11:10 we're working things out and getting reconnected. An update was released that included a few bug issues and fixes, so it's possible the problems we encountered have been addressed.

While the previous title, We Were Here Too, was a little spookier/scarier in its initial presentation, We Were Here Together has a more relaxed and semi-cartoony aesthetic initially. This mood, of course, could drastically change (the nightmare sequence at the beginning certainly has some measure of foreshadowing), but it was nice to see the game starting off outside of the infamous Castle Rock, giving you a chance to see the two protagonists just enjoying the Antarctic life before things go awry.

It's hard to talk about We Were Here Too without giving too much away, but I'll say that as the third entry in this series, it's clear that this is a game that is built upon the foundations of the previous two; perhaps not quite the "perfected form" of this particular style of adventure game, but certainly a step above. If you enjoy adventure games and solving puzzles with a friend, We Were Here Too is definitely worth a look and a playthrough. There are surprises in store the further you go, and plenty of riddles that may make you scratch your head.

We Were Here Together is currently available for PC and Mac via Steam. Two player online co-op is required to play through the story campaign.