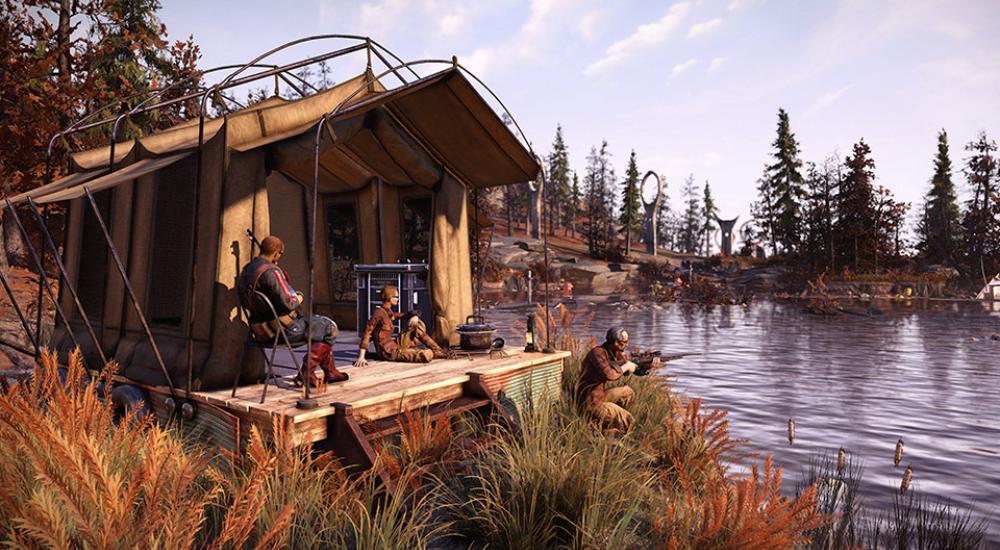 At E3 2018, Bethesda unveiled the newest entry in the Fallout franchise, Fallout 76. There is simply not enough time to go into the many trials and tribulations of this game, but the short version is that it had a rocky launch and didn't get a whole lot better over time. The one sliver of hope that some folks had was that the "always online" aspect of Fallout 76 would be mitigated by private servers, something Todd Howard mentioned they were "looking into after launch." Well, the last finger on your monkey's paw has grimly clenched down and private servers are here... if you pay for them.

The new "Fallout 1st" program, which costs $13 a month or $100 for an annual subscription, lets you host your own private server that can support you and seven of your friends. You'll also get a few other goodies, like a "New Vegas" Ranger Outfit and a monthly stipend of Atoms (the in-game currency that can be earned or bought), but that idea of having a Fallout world that's just for you and your friends is the real appeal. Especially if you can choose who to invite to it and if the server can stay up and running regardless if anyone's on it. That would be cool, right?

Folks that have already taken the program for a spin are reporting that the "private" server isn't all that private; anyone that is on your in-game "Friends List" can join your world, whether you invited them or not. Additionally, the private server only stays up and running as long as one person is logged into it.

Let's say you wanted to host a game for just you and a buddy so you can game and catch up, but then Greg suddenly drops in with his mic on and loud mouthbreathing, well, you get to have the particularly fun job of telling him to kindly leave. For the sake of argument, Greg gets it and exits without any fuss, you and your buddy catch up, and then agree to meet back up in a week and pick up in the game where you left off. As the private server is an "on-demand" resource provided by Bethesda, once you leave, that server is gone and you'll have to start up a new one the following week. Only, apparently, it's not really gone...

Here's the final punch in the gut. It seems that sometimes the "new world" that's created for the private server isn't new at all. People are reporting that what you're actually getting is a repurposed world instance. This means that you may find that certain NPCs are dead (because someone some time ago killed them), certain things have already been looted, and more. "Server hopping" is apparently a thing with Fallout 76 and so there are some players that have gone through multiple worlds just getting certain items. The fact that you could be given one of these worlds and not know you're missing something until you're several hours in is not good.

Is there any silver lining to any of this? It's very slim, given all the issues outlined above, but yes, I suppose so. Only one person has to pay the "Fallout 1st" membership fee in order for their friends to enjoy the "private" server. If you're really dedicated to Fallout 76 and really want to be able to have your own server with friends, then you could all pool together for just one membership fee. It just seems hard to give it the ole "Vault Boy Thumbs Up!" with all the problems and the cost. In fact, given how all this is being handled and pitched, it really feels like this is the most appropriate gif:

Fallout 76 is available now on PC, PlayStation 4, and Xbox One.