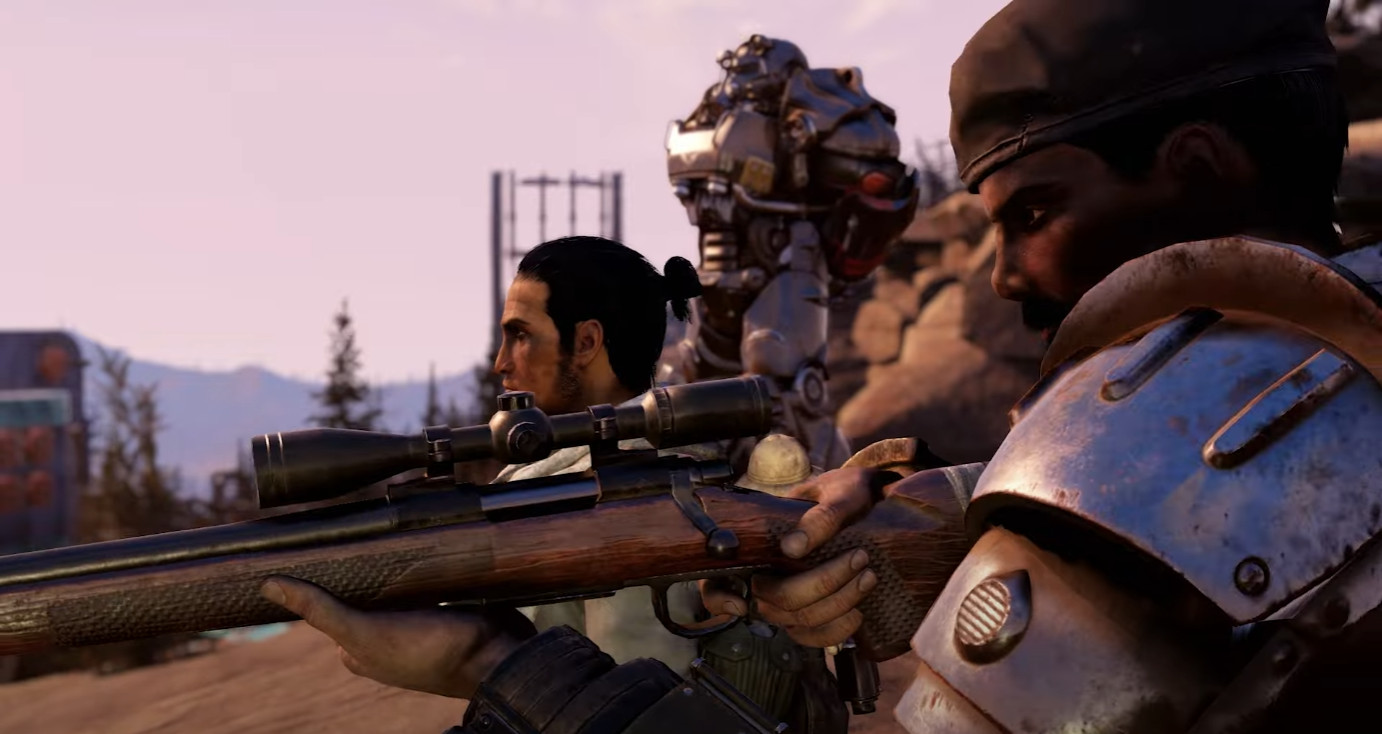 While Bethesda’s Fallout 76 MMO experienced a famously troubled launch in 2018, it has slowly and steadily improved over the years. Case in point: the free 'Steel Reign' update has just launched on Xbox, PlayStation, and PC. The update includes the Steel Reign questline that concludes the story of Steel Dawn, a new vendor, and a new legendary crafting system.

'Steel Reign' is the first of two major updates that was teased at the Microsoft and Bethesda Games Showcase during E3 this year. The other, which will arrive in 2022, is called Fallout 76: Expeditions - The Pitt. Expeditions are quests that take place outside of the main Fallout 76 game area of Appalachia (West Virginia). The first of these expeditions is called The Pitt and will take place in the ruined version of Pittsburg that was introduced in Fallout 3. 'The Pitt' is expected to be a free update when it launches next year.

The 'Steel Reign' update is free for all Fallout 76 players. Fallout 76 sells for $39.99 on Xbox, PlayStation, and PC, and is also available through Xbox Game Pass.