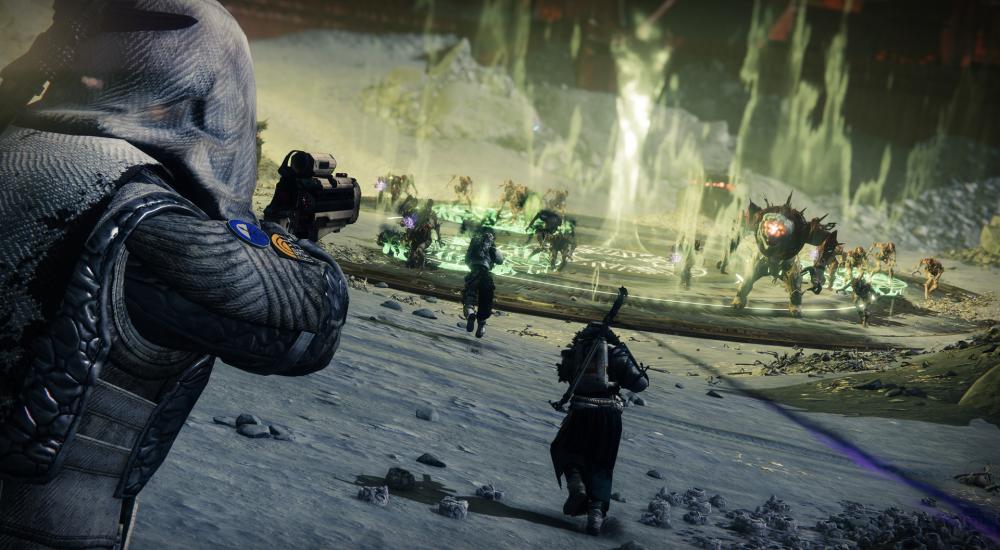 As you've probably seen from our past few "Weekend in Gaming" posts, many of us can't get enough of the Shadowkeep expansion for Destiny 2. Last week, Bungie kicked off the annual "Festival of the Lost," which is basically the in-game version of Halloween, as well as the new three player dungeon, "Pit of Heresy." We decided to hop into both of these to get into the spooky spirit... a few days after Halloween.

Our full stream was almost 2 hours long, so I've split it up into a few different segments. The first is Mike, Nick, and myself attempting to make our way through nine branches of the "Haunted Forest" as we discuss what the Festival of the Lost event is and how, theoretically, you could make it through nine branches.

Once we were done there, Locke, Nick, and myself headed off to the new three player dungeon, the Pit of Heresy. Dungeons are essentially mini-raids that have unique mechanics and encounters. If you can't get six people together to tackle the Last Wish or Garden of Salvation raid, dungeons can provide you with the same level of challenge, albeit without the unique loot you see in those raids.

This was our first attempt at the dungeon so we certainly make mistakes, but manage to make it to the final boss before deciding we should probably call it for the night. The first clip here is us going through the first encounter, the Necropolis, and making our way to the next one.

The second clip goes through the second (Pit), third (Altar), and fourth (Harrow) in fairly quick succession and only a few goofs along the way, as well as one heroic moment from Nick.

The last clip is our initial attempts at the final boss of the dungeon. While we don't manage to fell him, we made some good progress on getting the mechanics down and that's 80% of these kinds of fights in the game.

The Pit of Heresy is the second dungeon Bungie has added to the game (the first being the Shattered Throne), and I am definitely enjoying this one much more. It FEELS more like a raid, which are the best co-op and visual experiences in the game, and I really hope that we see more of these in the future. I'd even like to see Bungie take another lesson from Blizzard and World of Warcraft and offer three-player versions of the older raids. I mean, people have been working out how to three-player, two-player, and even solo those things since their release, so why not just provide the option for folks to enjoy that old content without having to coordinate the schedules of six people?

Destiny 2 is available now on PC, PlayStation 4, and Xbox One. The New Light version of the game is free-to-play and includes all "Year One" content as well as all patrol zones. The "Forsaken" and "Shadowkeep" expansions can be purchased individually.