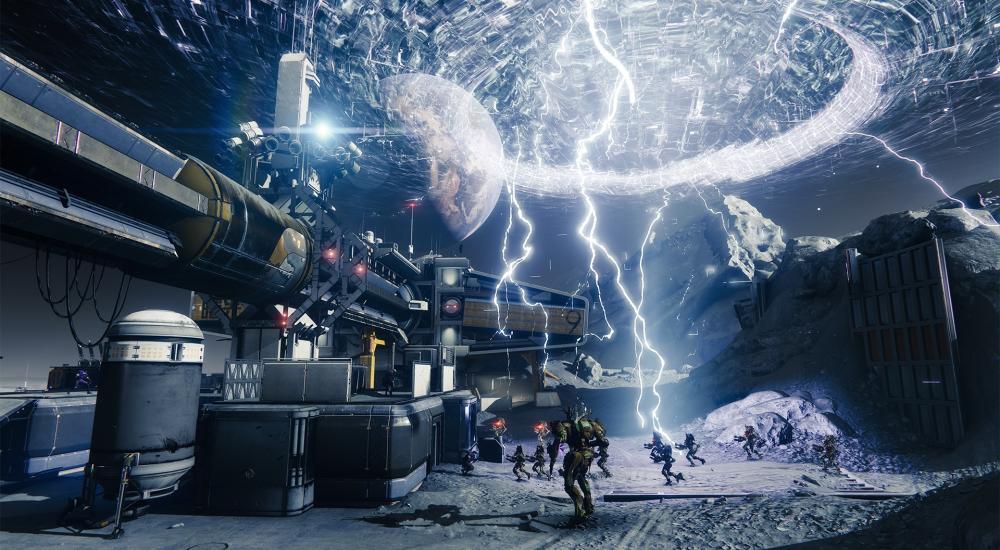 Last week, Bungie made some significant changes to Destiny 2. Specifically, they shifted the base game ("New Light") to be free-to-play, revamped how armor works in the game, put everyone on the same equal footing (i.e., level 50 character with power level 750), shifted how a few activities work, added a "Season Rank" (aka, "Battle Pass"), and also dropped a new content update, Shadowkeep. It's a lot to go through, and we did our best to cover it during our "Let's Play Co-Op" stream this week.

During the stream, we did our best to divide our discussions into a few distinct sections as we run around the Moon. First, Locke talks a bit about being a returning player to the game and going through the "new player experience." Granted, he has some idea of the general gameplay and mechanics, so he's got some background knowledge, but definitely hasn't kept up with things over the past year. Mike then chimes in around the 13:00 mark to give his thoughts on how things are looking as someone who's played a bit here and there over the past year, and then I take over and go through a bunch of what I like as someone that's played pretty faithfully since Destiny 2's launch back in 2017.

In our previous news post, we covered all the stuff that's available to players with "New Light," i.e., everything that is completely free. In short, it's a lot and what's more, it's all still very relevant thanks to the armor system revamp. A frequent issue with old content, such as old raids or other activities, in Destiny 2 was that it became hard to find groups to do it once the latest and greatest arrived. Now, everything old is almost new again as the armor you get from those activities can be used with the new system and there are mods that you can only get in those activities (some of which are specific to the raid or activity). Missed playing the Menagerie last season? Hop on in and go for it! Black Armory Forges? There's a matchmaking option now you can do from orbit to make it easier than ever. Want to run a Nightfall? There's a matchmaking option for that now, too. It's never been easier or better to hop in and have fun with friends.

That isn't to say the game is perfect, there are still some issues that persist despite all the improvements. There are a number of gameplay mechanics that aren't well explained to new players, and with so much to do now, it's a bit of an overload if you don't have a friend to help guide you (personal note: focus on doing the campaigns and then worry about the other stuff). Also, some activities (Black Armory Forges, Menagerie) require completing a quest chain in order to access them, and knowing how/where to start that stuff can be confusing. It doesn't get any easier with the updated user-interface, which is better than it was last season, but still a bit weird to navigate and it can be arduous to try and find that one quest you're working on.

There's so much more I could discuss with where Destiny 2 is at right now, and we'll be doing an updated review of the game given how much has changed over the course of the past two years. For now, all I'll say is that if you're interested in just checking out what Destiny 2 has to offer, going the free-to-play route will get you a lot and is a great way to have some space adventures with friends. If you're interested in checking out more, then Bungie definitely has you covered.