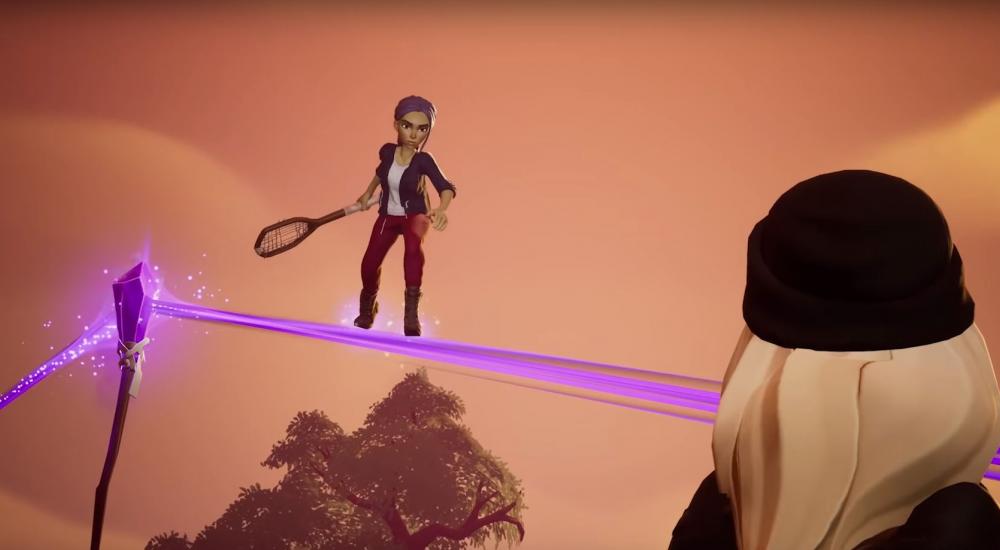 Microsoft's XO19 - "A global celebration of all things Xbox" - kicked off earlier this morning in London and there were a number of new games shown off, including a couple new co-op titles and at least one that could be. The first of these was Drake Hollow, an "action village building" title from The Flame in the Flood developer The Molasses Flood. Details are still sparse, but the announcement trailer shows you befriending some plant creatures, building a village, and then defending it from evil plant creatures.

The trailer shows a player character getting sucked into some dimensional door opened by a crow and then finding a friendly vegetable creature (called a Drake) that is hungry and wants to eat some mushrooms. After that, the Drake and a few of its buddies help the player character build a village by sticking their plant-like tendrils in the ground and pulling out different structures. Then some evil-looking plant creatures (denoted by their black and red color scheme) show up and your player character gets ready to fight them off with a tennis racket. Listen... video games, ok?

Right when the evil plant creatures show up, three other player characters run in to help the original player character, so we're assuming that means the co-op will support up to four people. Details are sparse right now, but I'm sure we'll be hearing more about Drake Hollow over the coming months, particularly once June and E3 roll around.

Drake Hollow will be released on Windows 10 PC and Xbox One sometime in 2020.