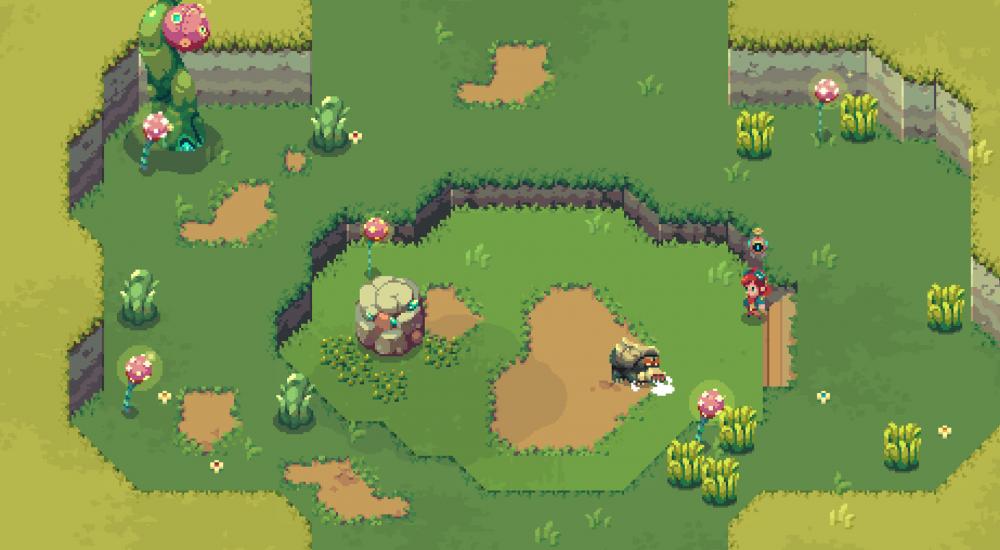 Red Blue Games' Sparklite arrived a couple weeks ago and while its co-op is limited to couch co-op only, Steam's new "Remote Play Together" feature makes it possible for us to show off these titles for our weekly streams. So "Let's Play" some Sparklite!

I noted this when the game came out back on November 14, but it's worth repeating that the co-op in Sparklite is limited to, as the developer's describe it, "assistive co-op." The second player assumes the role of Ada's bot friend and has limited abilities. It's the kind of thing that would work for anyone new to games or with limited interest in them (but still wants to play), but may not be ideal for a gaming duo that's used to more demanding co-op experiences. It's also worth noting that the co-op isn't available initially, you'll need to progress far enough in the game to beat the first boss (the amount of time this takes will vary) in order to rescue Ada's bot.

All of that being said, the game itself is pretty alright. I talk about it more in our recap, but there's not much about Sparklite that really stands out. The core gameplay (i.e., the hacking and slashing, combat in general, the "rogue-lite" elements) are all functional and work without being demanding; the pixel art aesthetic looks good and it has a good soundtrack; and the story of an evil Baron pillaging the natural resources of a land is well-trod territory, but it works. The devs directly cite titles like Rogue Legacy and Legend of Zelda as influences, and it shows. That said, it's an overall package of "yeah, alright; put this on the wishlist and maybe check it out when it goes on sale." It feels like a gaming filler, or possibly a palate cleanser; the kind of title you pick up and play when you're in between big releases.

Sparklite is available now on PC, PlayStation 4, Nintendo Switch, and Xbox One. Two player couch co-op is supported in the campaign once you progress to a certain point (beat the first boss).