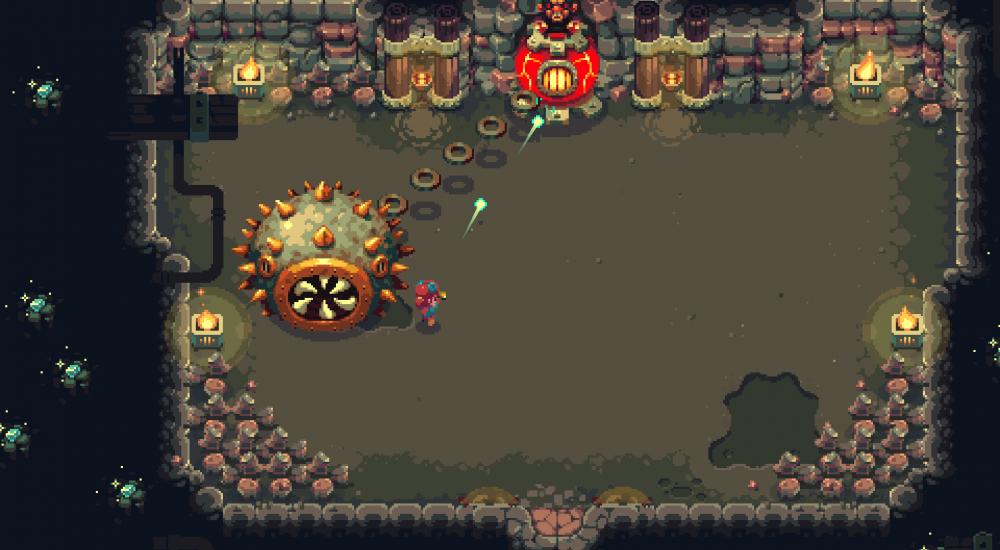 Red Blue Games' Sparklite is now available on PlayStation 4, Nintendo Switch, Xbox One, and PC. The game is touted as an action-adventure title with rogue-lite elements, which are all fairly accurate descriptors based on my time with it thus far. Two player couch co-op is supported in the game, but it's worth noting that the second player is (literally) relegated to a "helper bot" role.

The setup to Sparklite is that Ada (our heroine) is on her way somewhere in a ship when she's suddenly attacked and crash lands in the realm of Geodia. She quickly learns that "there's a doings a transpirin'!" and sets out on an adventure to help the inhabitants restore their world. There's definitely some Legend of Zelda inspiration at work in the overall gameplay (you "hack-and-slash" with a wrench, you'll get gadgets that let you progress to new areas) and the only discernible "rogue-lite" element I've seen is that the world reconfigures itself each time you die.

There's a demo available through Steam if you want to check it out before you buy, and I think it's certainly worth doing if you're considering playing this with a friend. The second player does not hop in as an exact copy of Ada with all the same capabilities, but rather plays as her little robot buddy. As the robot, you'll have certain special abilities that are unlocked as you play (such as digging up items from certain spots, and lighting a dark area), but these are intended for exploration and discovery; you have no combat abilities. This kind of co-op certainly has its place, but it's best to know what you're getting into.

Sparklite is available on PC via Steam, Nintendo Switch, Xbox One, and PlayStation 4. Two player couch co-op is supported in the campaign once you reach a certain part in the story.