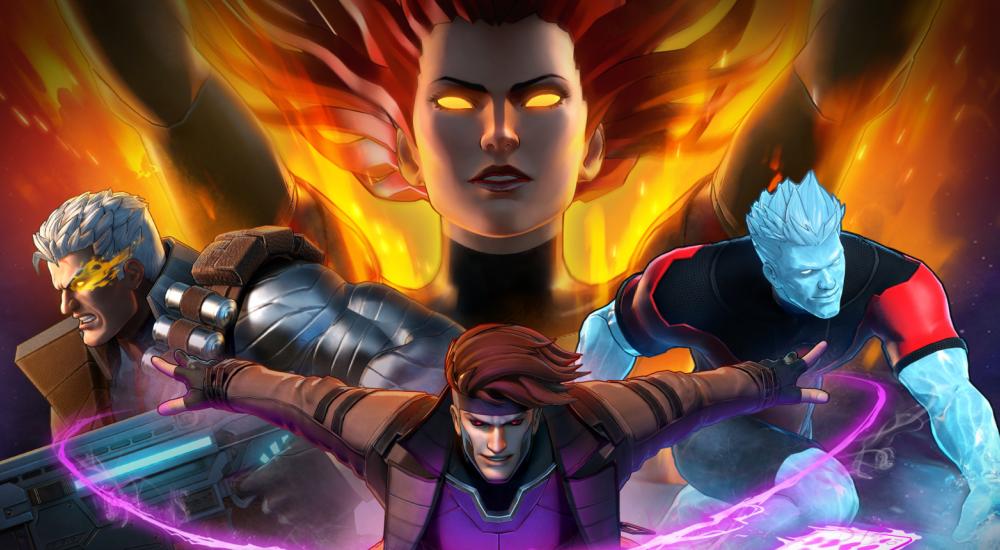 The second DLC pack for MARVEL ULTIMATE ALLIANCE 3: The Black Order, titled "Rise of the Phoenix," will arrive next Monday and brings with it four new playable characters (Gambit, Cable, Phoenix, and Iceman), and a new game mode that mixes co-op with competitive play. The "Danger Room" pits two teams of four players against one another as they attempt to be the first ones to clear out a room of foes.

The DLC also includes new levels for the "Gauntlet" mode, which was added as part of the previously released "Curse of the Vampire" DLC, and new outfits for different characters. Much like the previous DLC, you'll only be able to get "Rise of the Phoenix" if you purchase the $20 Expansion Pass. On the plus side, you'll not only get this DLC and the "Vampire" DLC, but the Fantastic Four themed "Shadow of Doom" DLC that is set to release sometime Spring 2020.

One interesting thing to note in the teaser video below is that some of the new Gauntlet levels show that they're geared toward level 180 characters. The current level cap is 150 and there's no mention in the press release of the level cap being raised, so either they're looking to make more of a challenge for players, or the max level will get bumped to 200. I guess we'll find out next Monday, December 23 when the DLC drops.

Marvel Ultimate Alliance 3: The Black Order is available now on the Nintendo Switch. You can check out our FAQ for details on the co-op features and how players are supported.