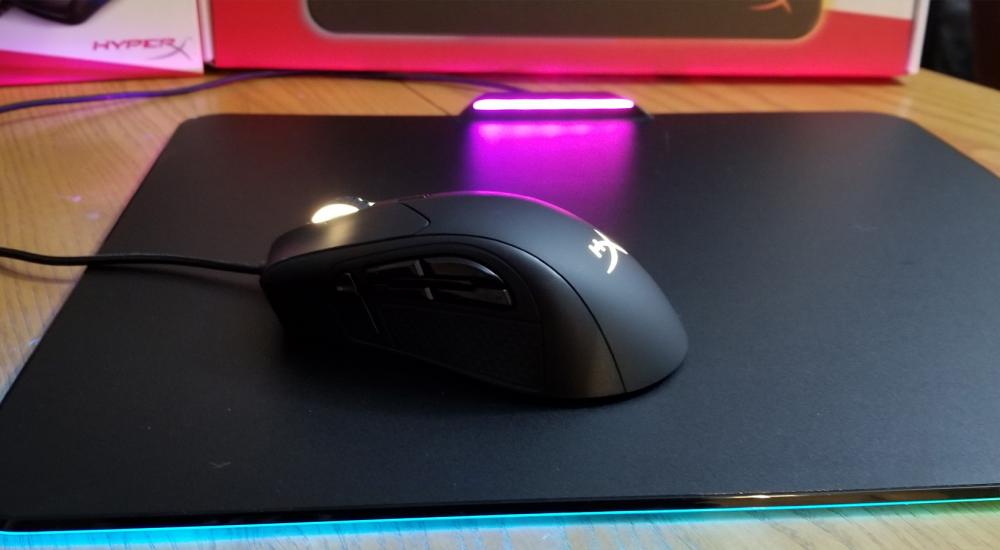 At the end of my last HyperX mouse review for the Pulsefire FPS Pro, I said: “The only other thing I could wish for is another couple of buttons to make the FPS Pro a little more MOBA and MMO-friendly, but that’s honestly a minor quibble.” Well, it seems like HyperX heard my plea, since the new Pulsefire Raid is seeking to fix my final quibble with the Pulsefire line of HyperX mice, a line that I’ve seen consistently iterate and grow over the past few years.

To date, there are five HyperX mice, all under the “Pulsefire” line. While they all share a similar starting point, each of these five mice seeks to provide a point of personal preference for gamers who are looking for specific features. For example, the Pulsefire Dart is geared towards the wireless mouse crowd while the Pulsefire Surge appeals to gamers who want a more symmetrical mouse shape and/or a greater LED presence. The Pulsefire Raid is for gamers who want more programmable buttons on their mouse, which is the group I fell into when writing my last Pulsefire mouse review. While all previous Pulsefire mice have had 6 or 7 programmable buttons, the Pulsefire Raid boasts 11.

11 programmable buttons sounds like an awful lot, but most gamers won’t reprogram at least 3 of them (right click, left click, and the tiny DPI button behind the scroll wheel). That leaves 9 buttons: the scroll wheel (down), left on the scroll wheel, right on the scroll wheel, and 5 buttons on the left side of the mouse where the user’s thumb rests. All these buttons are functional, but not quite as ergonomically placed as other MMO-geared mice that I’ve owned in the past. For example, pushing left or right on the mouse wheel feels very strange to me and I wouldn’t feel comfortable using these buttons for games that necessitate high reaction time and accuracy; one of the left side buttons is located in a spot that is further towards the front of the mouse than my hand comfortably reaches in a normal grip; the cluster of 4 buttons on the left side are a bit closer together and more uniform than I’d prefer. These are all very minor nitpicks, however, since I will almost always appreciate more buttons (and corresponding customization for them) than less.