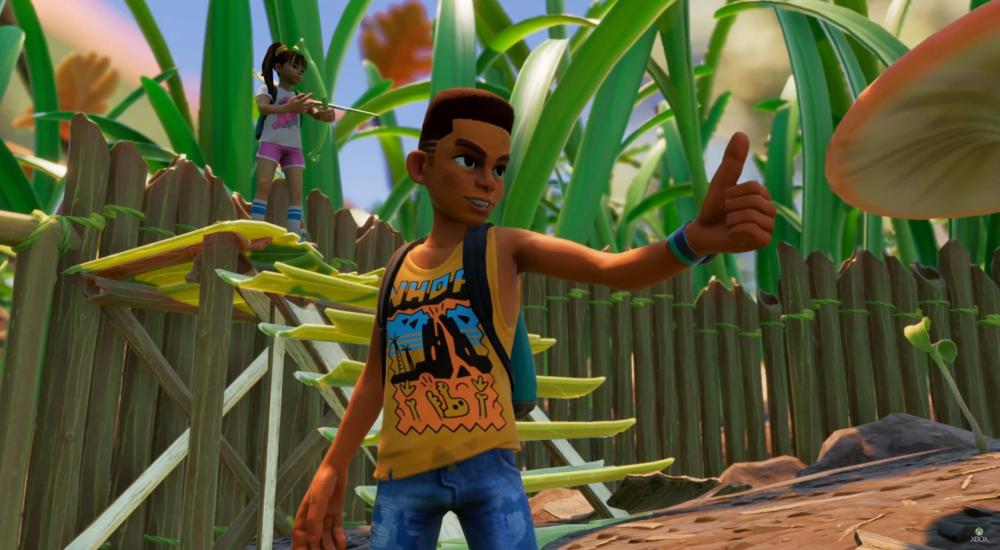 Obsidian Entertainment's upcoming adventure survival game, Grounded, is almost ready for the big (little) leagues.  It's headed for an Early Access release later this summer, which will give the developers a chance to make some final tweaks and additions based on player input.

In the time since Grounded's original announcement during Microsoft's XO19 show, we've had plenty of opportunities to ponder on what exactly you'll be doing in a game-ified version of Honey, I Shrunk the Kids.  Luckily, the newly released story trailer is shedding some much-needed light on the arc Grounded will take, culminating in a potentially surprising reveal.  If you have a couple minutes to spare (and really, who doesn't right now), the trailer can be found below.

Personally, I tend to enjoy survival games with a defined objective in sight.  There's certainly nothing wrong with the genre's more open-ended titles, but I find myself drifting away from the experience without at least a little guidance.  Grounded's ultimate goal of making your character not be so dang small is enticingly presented right from the beginning, and there should be some nice twists along the way.

When it arrives in Early Access (or Xbox Game Preview) form on July 28th, Grounded will be available on Xbox One and PC.  It features online co-op for up to four players.