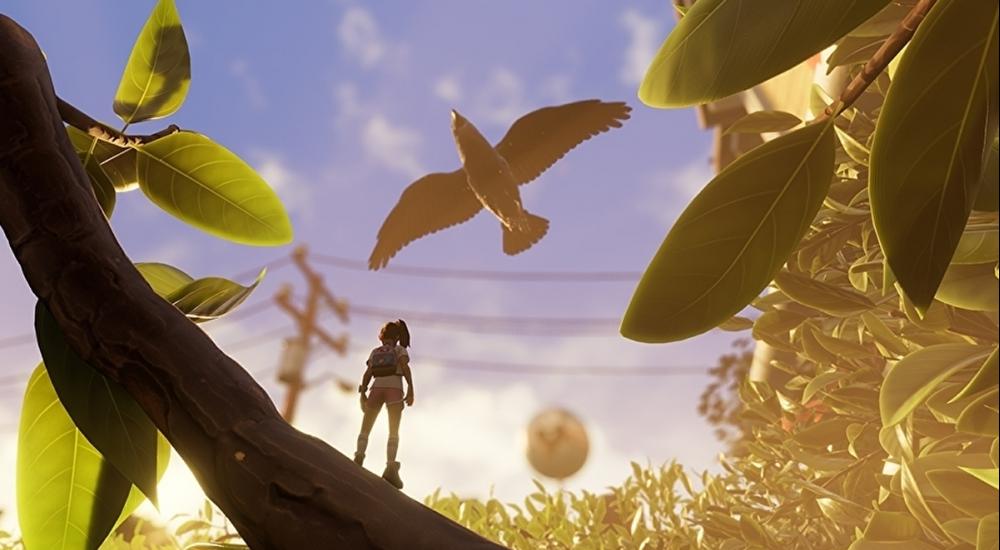 Unless you count Birdemic (and you shouldn't), you'd have to look all the way back to Alfred Hitchcock's Birds for the last instance of avian-centric fear. Fortunately for us, Obsidian Entertainment has taken up the mantle by introducing a new, feathery terror to their survival game, Grounded.

As things stand, players have grown a bit too confident in their ability to evade attacks from neighboring insect kingdoms, so this month's content update includes a reminder that they're never truly safe. The newly-added bird serves as both a potential foe and a source of ingredients and recipes, and alongside it comes a new perk system offering players a way to customize their characters' core traits.  New quest types, new buildings, and... a flea have also been added this month.  You can check out the whole list of changes right here or watch the video below.

Despite Grounded lying in stark contrast to the rest of Obsidian's portfolio, it's already been met with positive feedback.  If early responses are to be believed, the game is currently a little sparse in terms of content, but the underlying mechanics are quite promising.  Its status in the "Game Preview" program should mean that content will fill out at a steady pace, and this month's update is already a step in the right direction.

Grounded is currently available on both Xbox One and PC.  Its online co-op can be enjoyed by up to four players.