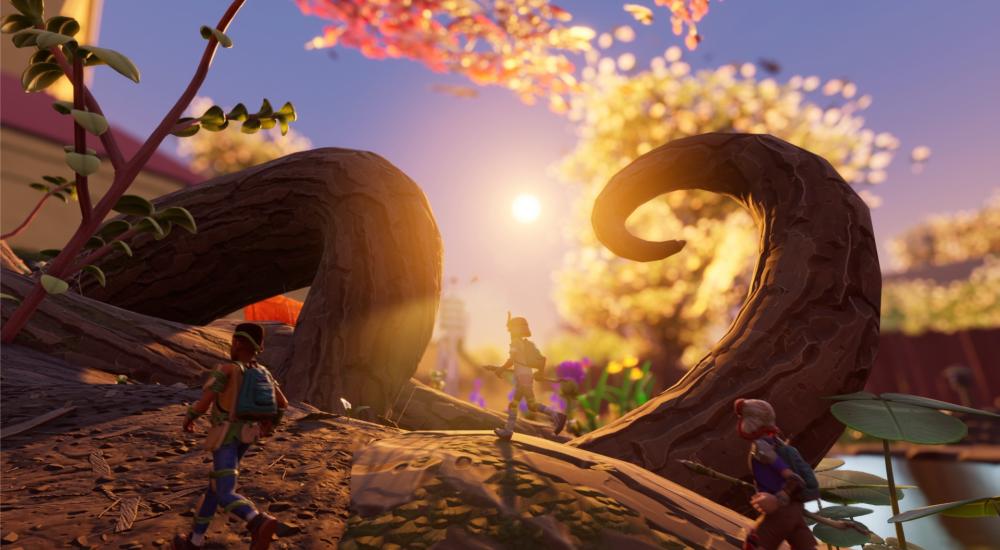 The other co-op game that was announced/revealed during Microsoft's XO19 was a bit of a surprise, considering the developer. Obsidian, who just released the popular The Outer Worlds RPG, is shifting gears a bit with their next title, Grounded - a game where you have to survive in a backyard after being shrunk to the size of an ant. I mean, I guess every other iteration of a survival game has been done at this point?

Similar to Drake Hollow, there aren't a ton of details available just yet about this game. Four player co-op (we're presuming online) is confirmed in various marketing materials, but beyond that, the only other info being put out there revolves around the title's ecosystem. Apparently the insect life will behave like real-life insects (e.g., ant colonies send out scouts to find food) and different bugs (spiders) come out at night. The title will initially enter "early access" this Spring as part of the Xbox Game Preview program (and Steam Early Access), so development will be ongoing and incorporate community feedback before it hits a "full release."

Grounded will be available on Xbox One and PC this Spring.