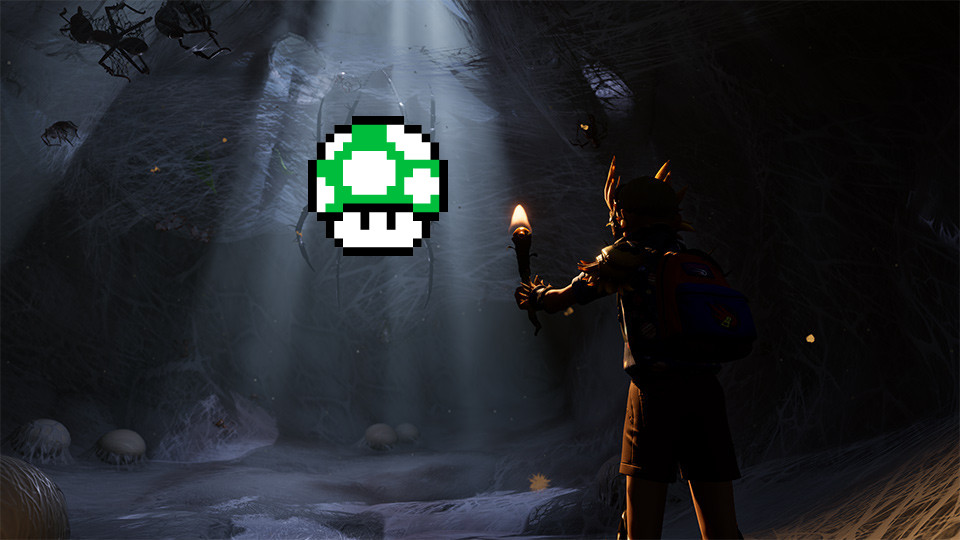 Does anyone remember Grounded? It was supposed to be developed by Obsidian as an Xbox exclusive. Did that game actually come out? It did seemingly launch as a Game Preview title last year. Since then, it appears that Grounded has continued to remain operational and even receive improvements. In fact, despite the game's questionable existence, it just received the major 'Doom & Shroom Update' today.

The 'Doom & Shroom' Update was announced at the Microsoft and Bethesda Games Showcase during E3 2021. The update features:

For more details on these features, check out the developer's blog post. One cool thing about the update is the developer's awareness of arachnophobia. Given that some people are super scared of spiders, Obsidian has kindly implemented an Arachnophobia Mode that renders the Broodmother spider in a much less detailed fashion. How considerate!

Even after hopping into Grounded via Xbox Game Pass today, I'm not sure the game really exists. Grounded is ostensibly a multiplayer-focused game, and yet I could not find a single joinable game when searching. How is that possible for a non-imaginary multiplayer game that just got a big update? Maybe games will be easier to find whenever the game finally leaves Xbox Game Preview and becomes a full-fledged release... We'll see.

Grounded sells for $29.99 on Xbox and Windows 10 and is also available via Xbox Game Pass. It supports 4-player online co-op. May our Grounded-playing readers have an easier time finding online games than I did - the game actually looks pretty cool!