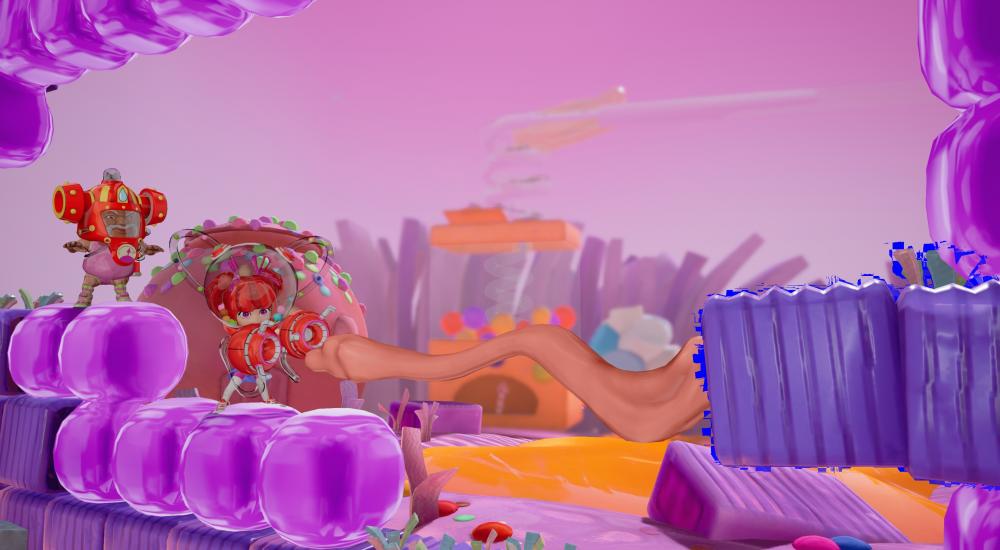 Georifters, a puzzle platformer focused on bending the world around you, is headed for release in the very near future.  This first effort from Taiwanese developer Busy Toaster hopes to twist the 2D platforming genre by allowing players to shift the very ground they stand on.  As they solve puzzles and progress through the game's Adventure Mode, players will also be unlocking costumes, skills, and characters for a fully customizable experience.

To help them with their puzzle-platforming pursuits, players can recruit another friend to play with in local co-op.  Check out the quote below to better grip on what players will be doing in Adventure Mode:

The adventure mode trails a journey of discovery as the characters travel through the fantastical neighboring bubble worlds. It is available for solo players or as a co-op for 2 players and allows players to explore, learn and master the game controls and ground bending mechanics.

Georifters is a game about the residents from different bubble worlds that accidentally see their lives intertwined when their bubble worlds become connected. Previously living in isolation, they now struggle to accept and understand each other’s differences and must come together to fight for a greater good.

For those who prefer a more visual teaser, the game's trailer shows off quite a bit of gameplay:

Georifters will get a PC release on May 29th, 2020.  If the Microsoft Store is to be believed, the Xbox One version is out later today (May 27th).  Nintendo Switch and PlayStation 4 releases are forthcoming as well, but no release dates are available for either.  The game supports local co-op for two players.