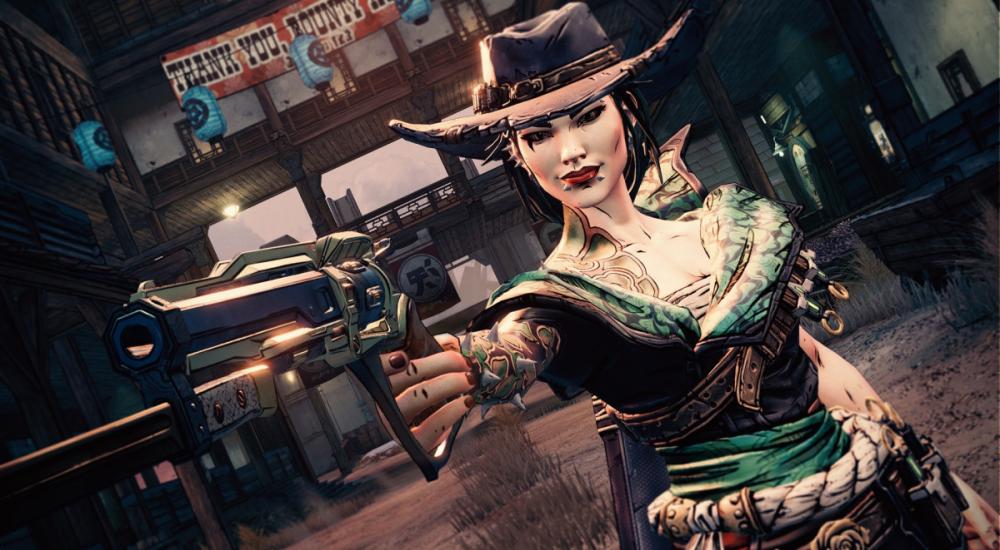 Borderlands 3 has received its 3rd paid DLC this past week, and it's a western themed piece of content called Bounty of Blood. If you own the season pass, the content is already yours, if not, it'll set you back $15.

Bounty of Blood‘s Wild West-inspired tale of revenge takes place on an all-new planet called Gehenna. The company responsible for some science-y experiments here has long since abandoned the planet, and descendants of the folks who chose to stay behind work hard to eke out a peaceful existence for themselves in and around the town of Vestige. Even if you don't have the DLC, Borderlands 3 is increasing the level cap to 60 for all players.

Bounty of Blood also lets you:

One other piece of Borderlands 3 content we missed is a free update with a mode called "Takedown at the Guardian Breach." This is an endgame mode for four players featuring new enemies and loot, tuned to push experienced players.

There are platforming sections, environmental puzzles, a miniboss and final big boss encounter, in exchange for themed weapons and gear. Lots of sweet sweet loot!