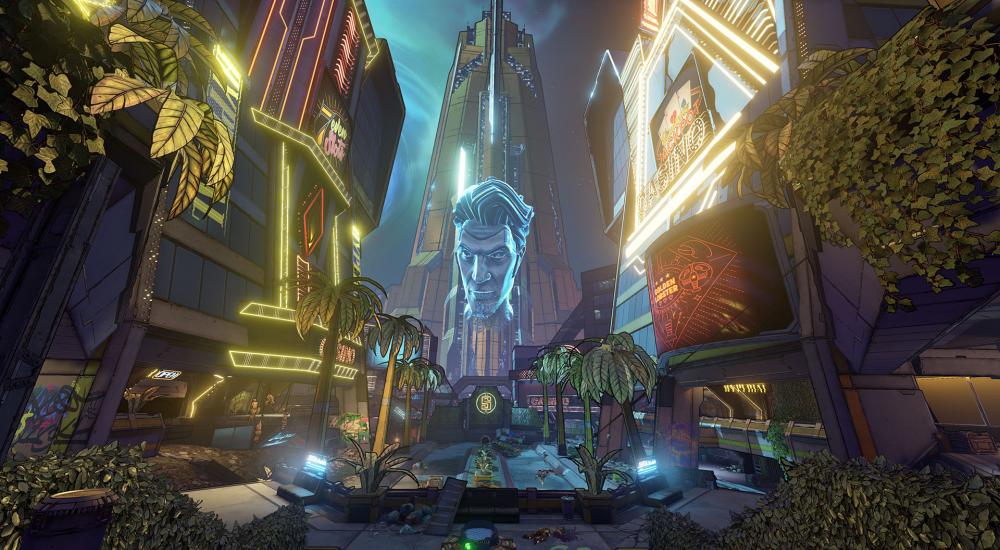 A couple days ago, Gearbox revealed the first DLC for Borderlands 3. Titled "Moxxi's Heist of The Handsome Jackpot," players will be recruited by Moxxi to break into an abandoned casino that was built by Handsome Jack back when he was 1) alive, and 2) President of the Hyperion corporation. Your goal is to break into the core of the casino and take over (anyone want to bet that it'll be turned into a Moxxi-themed casino when you do?)

The DLC was revealed during the third "Borderlands Show" hosted by Greg Miller and Fran Mirabella of Kinda Funny Games, and they were joined this time by Gearbox Studio Head Randy Pitchford to discuss all the details (which starts at the 33:00 mark in the video). The content itself is geared towards players that have progressed far enough along in the campaign to reach Sanctuary III and are at least level 13. Enemies will scale based on player level, of course, so if you're already at level 50 and strolling through Mayhem 4, you'll still be challenged by the foes in this new content. There will be new loot to chase in the casino and new characters to meet. Gearbox is currently stating that the average playtime for this content is around 8 hours, so it's certainly a beefy update. More details will be revealed as that December 19 date gets closer.

It's worth noting real quick that there is not an option to buy this DLC on its own at the moment; the only way to get it is to pick up the $50 Season Pass. There is a separate listing for the DLC on the Epic Store, so we'll likely see an a la carte option closer to its release.

We posted a news article last night about the newest (and free) activity that's been added to the game ("Takedown at the Maliwan Blacksite"), but here's a quick recap of all the stuff going on in Borderlands 3 right now:

Borderlands 3 is available now on PC, PlayStation 4, and Xbox One.