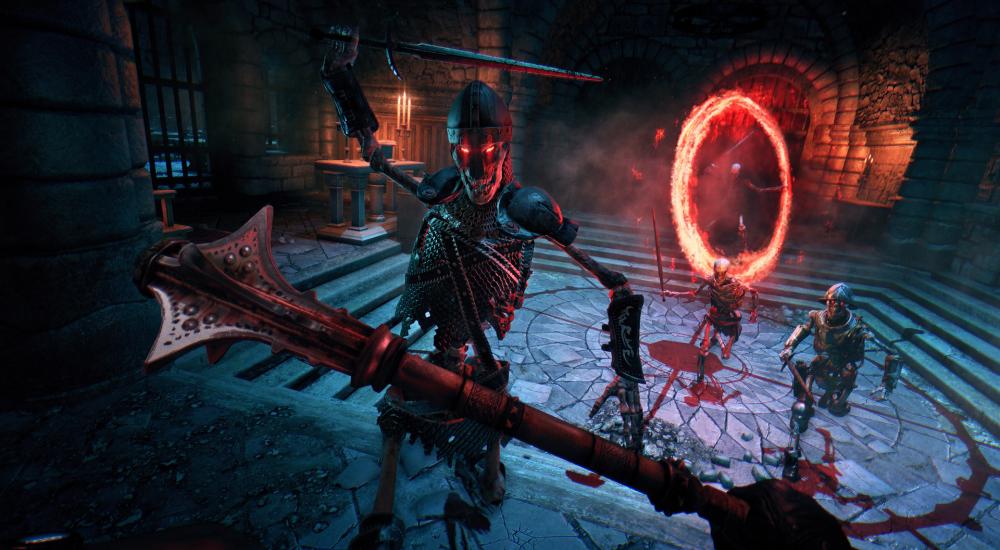 It's been a long time coming, but Hellraid is finally going to see the light of day. While the development of medieval style game was halted back in 2015, it lived on within the walls of developer Techland. Now a full fledged piece of DLC for Dying Light, players can finally experience at least some of what was originally intended.

The DLC is set for Xbox One, PlayStation 4 and PC and will be released on July 24th. It's priced at $9.99 and is available for pre-order on the respective digital platforms.

No one knows where the strange arcade machine came from. One day the residents of the Tower just found it in the basement after an odd power outage. They took it upstairs unaware that their find is a gateway to another realm. Shake up your Dying Light experience by using this eerie device to access a completely new game mode based on Techland’s unreleased first-person fantasy slasher Hellraid.

Step into a portal to leave the familiar streets of Harran behind and emerge in an otherworldly stronghold overrun by servants of Hell. Slay brand-new demonic enemies with medieval swords, axes, and hammers as you venture through stone corridors and dimly lit chambers.

As with the original intention of Hellraid, the DLC will be four player co-op focused. Now if we could only get a true sequel to Heretic, maybe with a little modern DOOM like treatment?