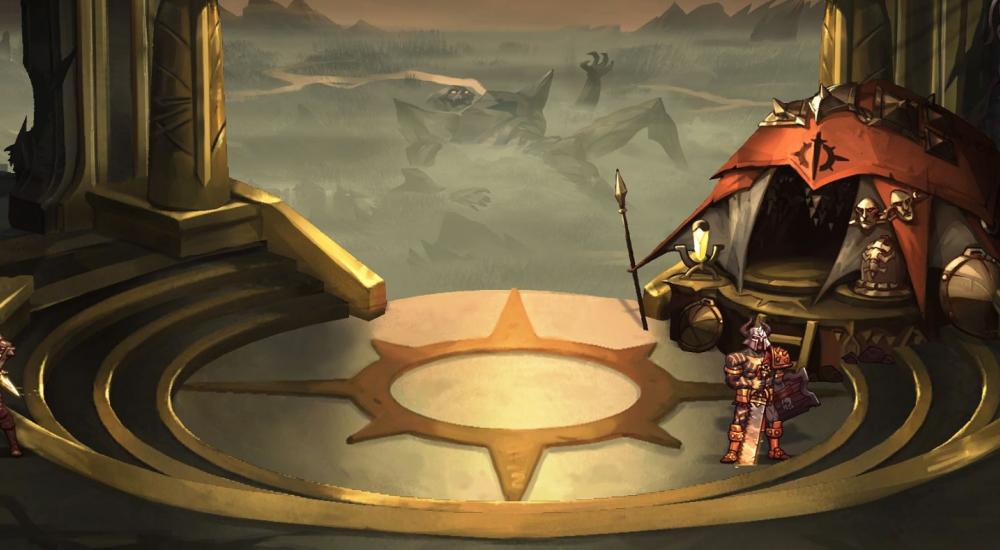 Last night we checked out the closed beta version of Blightbound, a three player co-op beat em up meets rogue like meets action rpg on PC. Yes, this is one of those genre bending games that doesn't neatly fall into any one bucket. It's coming to Steam in open beta this weekend and shortly after into Early Access, so let's dive in.

As described by the game's developer Ronimo games (Awesomenauts), Blightbound is a dark and stylish multiplayer dungeon crawler that puts three heroes on an adventure down from their mountain refuge to face the abominations of the Blight - a mysterious and corrupting fog that enshrouds the land. It's this blight mechanic the overarches each dungeon run / missions and will cause players to swap between characters or face penalties from being blighted.

The beta offers three characters to play as - a rogue for dealing damage, a warrior for tanking and taking damage, and a wizard for support and heals. More characters are planned for the future, but I have to imagine the new classes would be in these same "core" realms or a blend. Each character has main, supporting, and special attacks to utilize. For instance the wizard can cast a healing area, the warrior can spin up a shield to absorb damage, or the rogue can throw a damage dealing boomerang.

The game in its current state plays great, the combat is satisfying and the levels are a mix of light exploration and Trine like co-op puzzle solving. The UI definitely needs some work, things feel quite confusing and not clearly laid out, but overall I think we had a good time through a few runs into the blight filled dungeons.

Here's our recap - let us know what you think. Blightbound hits Steam this weekend, July 24th through 26th in open beta.