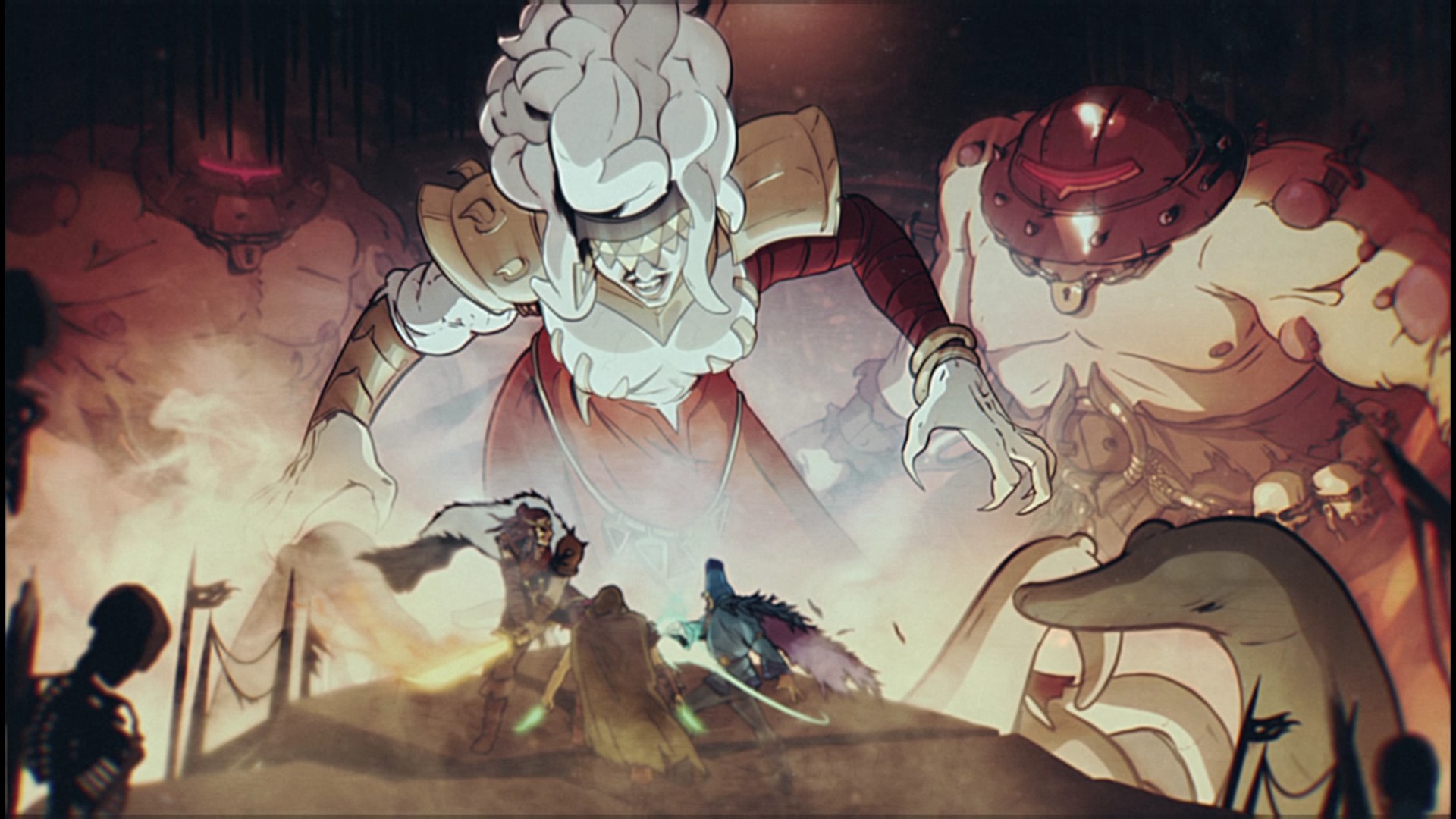 Blightbound is a robust and stylish action RPG from Ronimo Games (makers of Awesomenauts) and Devolver Digital that launched on Steam Early Access one year ago. Think of it as a mix between Castle Crashers and Diablo. After numerous updates, the 3-player co-op adventure is finally gearing up for full release at the end of July. Even better, it will launch on not just PC, but Xbox and PlayStation 4 as well.

The premise of Blightbound involves a fantasy land plagued by the Blight, a dark and dangerous fog that corrupts all that it touches. A group of three heroes must leave the safety of their refuge to take on the mystical monstrosities of the Blight while also avoiding its contaminating touch. Actually, the single-player tutorial starts with a single hero rescuing her teammates. Once they've been recovered and the tutorial area completed, the team is ready for single-player or co-op adventures. While the game features more than 20 heroes to unlock, they all fall within three general classes: Warrior (tank), Assassin (DPS), and Mage (support). The combat resembles a beat 'em up mixed with the timer-based actions of Diablo. In addition to a standard melee attack, each class has its own unique dodge move (roll, teleport, etc.) and various special abilities mapped to the controller buttons. These abilities might need to be charged up through regular attacks or fueled by the mana crystals enemies drop, and they all have varying cooldowns. As for the upcoming full release version, it will add the following over the Steam Early Access version:

After playing the current Early Access version, I'm quite taken with Blightbound's production values and atmosphere. It's a beautiful game with extremely detailed character and monster designs, and the music and voice acting also impress. The combat is definitely engaging, with different classes designed to support and make up for each others' weaknesses during co-op games. The only issues I ran into are the confusing UI and somewhat unbalanced difficulty. Hopefully, those niggles will be easy to overlook and/or overcome when the full release rolls around in a few weeks.

Blightbound supports 3-player local and online co-op. The full release will launch on Xbox, PlayStation, and Steam on July 27. The Steam Early Access version is now available and sells for $19.99.