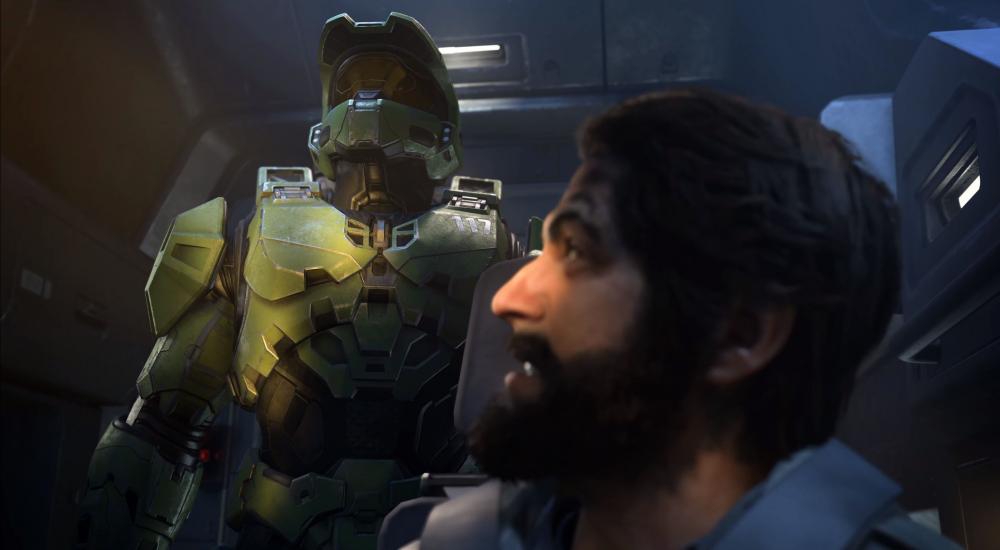 Halo Infinite saw its first gameplay reveal today and with it came confirmation that the game will indeed have co-op play. And there was much rejoicing.

Metro.co.uk reports that 343 Studios have given direct confirmation that there is planned online cooperative play through the Halo Infinite campaign as well as split-screen couch co-op play. On top of that there hasn't been a ton of new info regarding the game's co-op options other than Master Chief is the only playable character - much like the early Halo games in co-op.

The reveal showed a few stark differences with Halo Infinite despite a promised return to the series roots. The biggest being an open world style section where players are given the freedom to explore area to area to uncover mysteries of one of the destroyed rings from the previous games - sorry, spoilers.

Halo Wars 2 main enemy faction, the Banish, returns as well as Master Chief's nemesis and players will be able to utilize the open world to find upgrades to both the Chief and weapons in a non linear fashion. The game takes place many years after Halo 5.