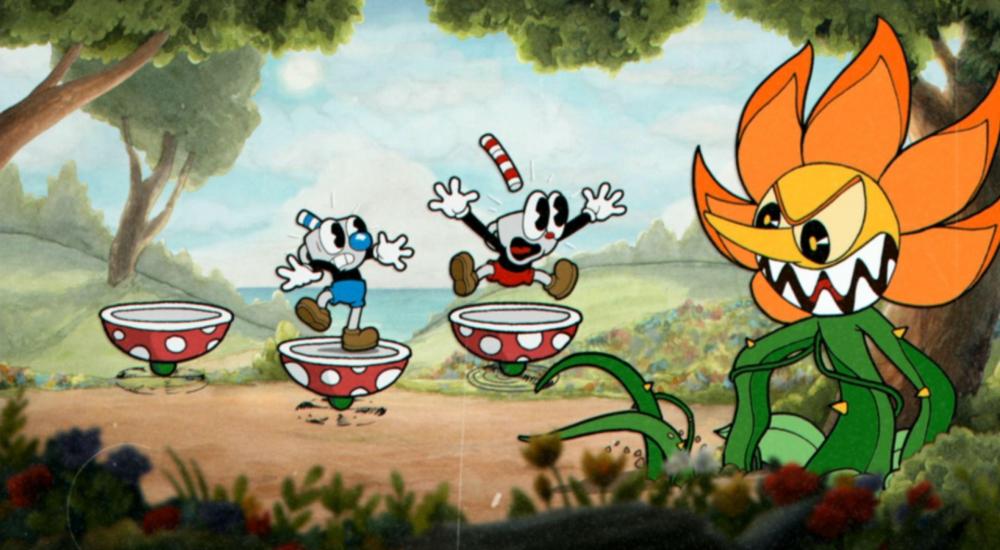 Cuphead and its heavily stylized run'n'gun gameplay first landed on Xbox One and PC back in 2017, but it quickly became clear that the title's brilliant blend of cartoon aesthetics and unforgiving difficulty shouldn't be sequestered to Microsoft's corner of the industry.  In the time since, it's also been released on Nintendo Switch, and finally, the game has arrived on PlayStation 4.

In a surprise announcement on July 28th, developer Studio MDHR revealed that the game would be immediately available on Sony's home console.  While it was always likely that Cuphead would come to PlayStation 4 at some point in its lifespan, the immediacy of the announcement certainly was a pleasant surprise.  To welcome all their potential new fans into the fold, Studio MDHR released an, uh... unsettling announcement trailer.

In Cuphead, players take on the role of either the eponymous Cuphead or his brother, Mugman, as they set out on a journey to repay a hefty debt to the Devil himself.  To do so, they must collect "soul contracts" from his various debtors, none of which will hand them over without a fight.  The gameplay itself is primarily focused around boss battles, although a few platformer-type stages are scattered throughout the campaign as well.  For those playing the game for the first time, expect to die quite a bit, but know that it'll make the ensuing taste of victory all the sweeter.

Cuphead's campaign supports local co-op for two players and allows each player to upgrade and customize their loadout as they see fit.  It's available on PC, Xbox One, PlayStation 4, and Nintendo Switch.