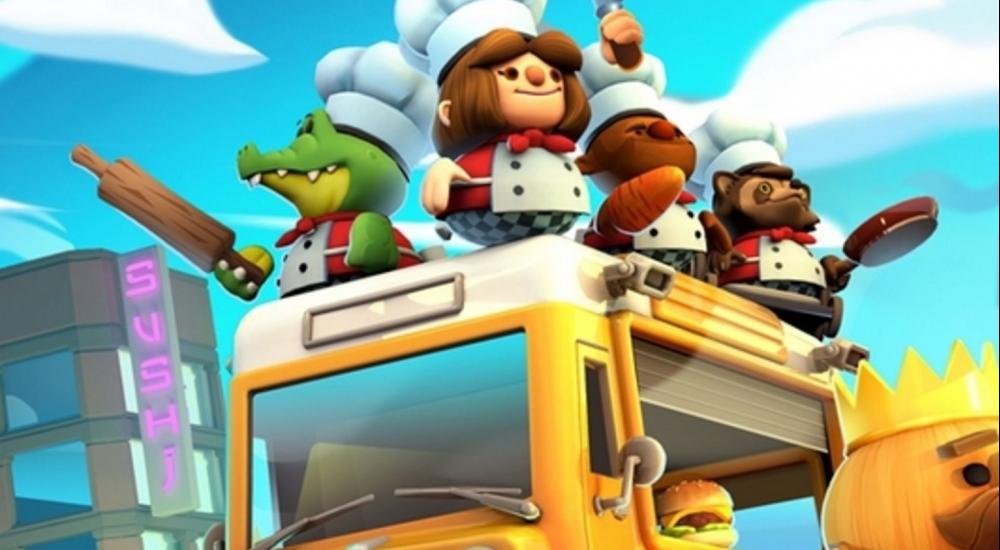 Ah, it's that time of year again.  The leaves are turning.  There's a slight bite in the wind.  T-shirts are being swapped out for hoodies.  Oh, and customers are starting to yell at you for leaving out the pumpkin spice instead of the ketchup.  It must be fall in the world of Overcooked! 2.

Team17 has teased another free update for their wonderful co-op chef-em-up, and it's coming our way on October 1st.  Be warned, though, the teaser is... very brief.  You may want to go ahead and get a few blinks in now, just so you don't get the urge to during the next ten seconds.

Now, details are pretty light about what exactly the update will add, but we can make some educated guesses.  Based on the imagery, it looks like the new content may be focused on the Mid-Autumn festival.  I see pond-themed maps in there, as well as a few festive dragons.  If the size of the content is consistent with what we've seen in prior seasonal updates, we'll get a couple new chefs, new recipes, and a sizable chunk of extra levels to work through.  All in all, that's not too bad for the low, low price of free!

Overcooked! 2 offers local and online co-op for up to four players.  As of right now, you can pick it up on PC, PlayStation 4, Xbox One, and Nintendo Switch.  They'll also be available on those fancy next-gen consoles coming later this year.