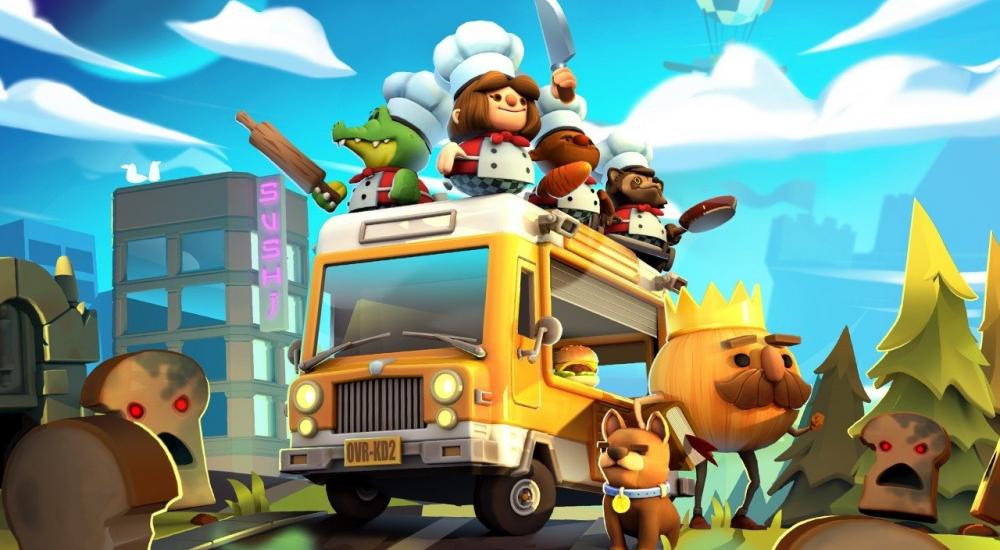 You've cooked in dilapidated restaurants, you've cooked on top of a hot air balloon, and you've probably cooked on the ice of a frozen lake, but now, you'll be facing Overcooked 2's toughest challenge yet:  The Great Outdoors.

The "Campfire Cook Off" DLC pack is headed to Overcooked 2 on April 18th, and with it will come twelve new levels, a new map, four new chefs, two new recipes, and some brand new mechanics (presumably themed around campfires).  The Overcooked series is a favorite around these parts, so you just know we're excited for another chance to dive in and yell at our friends for somehow managing to burn water.  The teaser trailer, below, will give you a glimpse of what this latest DLC is all about.

On top of that, Team17 has announced a 2019 Season Pass will arrive at the same time as the new DLC.  For $18.99, you'll get "Campfire Cook Off" plus the next two DLC packs that are planned to release later this year.  That's more content than you can shake an uncooked steak at.

If you're interested in checking out all this short order mayhem, Overcooked 2 is available on PlayStation 4, Xbox One, Nintendo Switch, and PC.  It offers both online and local co-op for up to four players and allows any mixture of the two.