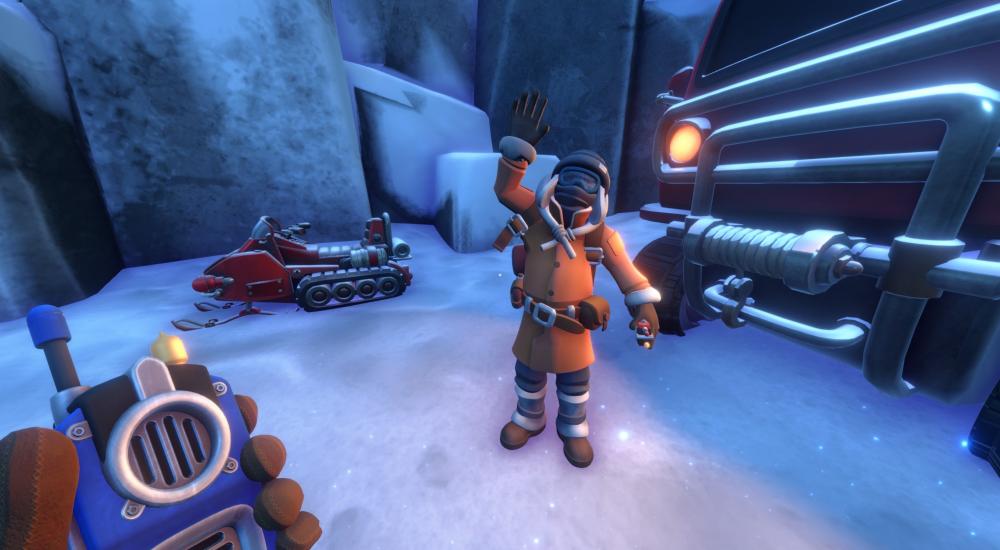 Just like that, co-op fans have been blessed with another gift from the puzzle-y heavens.  The We Were Here series, which currently contains a trilogy of mind-bending titles, has released its first episode on PlayStation 4 and PlayStation 5.  Better yet, it's completely free until February 22nd.

The first episode (aptly titled We Were Here), has presumably been offered for free as a way of drumming up interest in its two sequels (We Were Here Too and We Were Here Together), both of which will be coming to Sony consoles on February 23rd.  While each episode grows in both scope and complexity, all three center around a gameplay loop of solving puzzles through pure communication.  Often, both of the games' two players are stuck in separate rooms which offer information on how to solve a certain puzzle.  The act of completing said puzzle and escaping its accompanying rooms relies on both players conversing over a set of walkie talkies and relaying the information available to them.

WE WERE HERE IS NOW OUT ON PLAYSTATION 4! Play our first title for FREE until the 22nd of February, and then it is time to release ALL OUR GAMES! #WeWereHere | #FREE | #PlayStation | #IndieDev | #OutNow pic.twitter.com/qtSDCZxQwD

If you're the type of person that enjoys hemming and hawing about a particular puzzle and think that experience could be better with a friend, I'd definitely recommend trying out the first episode.  Having played all three of the episodes, I can say that each is an enjoyable experience, but you'll want to be sold on the core concept before digging in deeper.

We Were Here is now available on both PlayStation consoles, both Xbox consoles, and PC.  Its accompanying sequels are already available on Xbox and PC, and they'll arrive on PlayStation later this month.  Each title offers online co-op for two players.