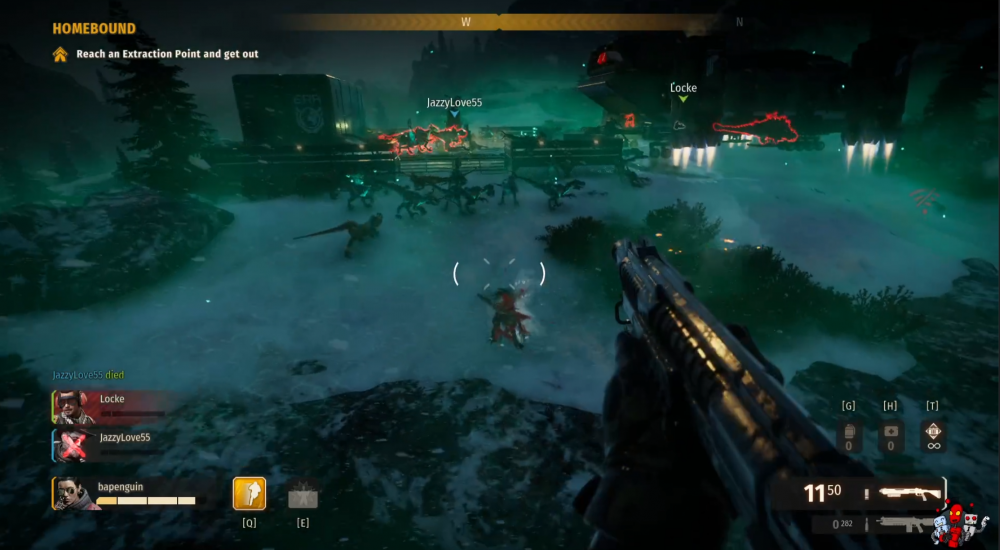 Second Extinction, the three player co-op dinosaur action survival game just hit Xbox Game Pass this month. But the Co-Opticrew felt it was time to dive in and check out the Steam version, which has been in early access since late last year. Last night's stream didn't quite go as planned, but boy, we had some fun.

Second Extinction has players choosing from a handful of characters that have different abilities based on their class. Troopers are your traditional soldiers with a balance of abilities for both dealing damage and support. Enforcers are your tanks, providing cover and soaking up damage. Operatives are weaker, but can deal in some special attacks like a friggin orbital laser. Luckily for us we had a balance of these last night.

The missions take place on a giant open map with dynamic objectives popping up and giving players waypoints to hit. Our goal was to find drop ships located in hangars. Those hangars were loaded with dinos. We shot the dinos with bullets. And lasers. And grenades. Perhaps that was what was most impressive to me overall, the game's combat is chaotic but gloriously so. I never felt like I was flailing, and in fact, at one point I basically said - "I'm playing DOOM" while backpedal strafing with a shotgun. It just felt good.

All of that said, we did hit some issues, namely, I somehow disconnected from the game but didn't disconnect from the game so I was able to fly. But as cool as that sounds, it sucked, because we weren't able to complete the mission. Clearly the early access game is still in early access. Overall though, there's a lot of potential here for us to dig into, especially once we get into the deep weapon upgrade and customization system that we haven't even scratched the surface of.

You can watch the recap below and let us know what you think.