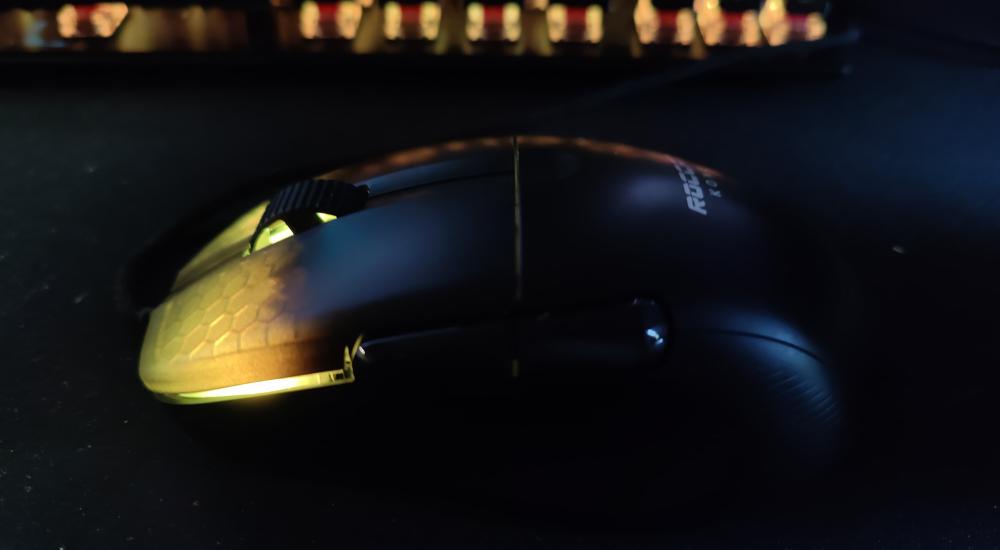 ROCCAT is back with an new gaming mouse in its Kone lineup, first introduced in 2007. The new Kone Pro though is taking design cues from the recent Burst Pro Extreme. What sets this apart from other mice out there? Let's fine out.

The Kone Pro uses ROCCAT’s fast Titan Optical Switch technology with the signature feel of the brand’s Kone PC gaming mouse design. This design reminds me a lot of one of the most comfortable mice of all time - the Microsoft Intellimouse Explorer. It's a right handed design with a thumb rest and high gentle curves that fit into your palm. Weighing in at just 66G the mouse is ridiculously light and fast. Picking it up its almost shocking. So what else do you get?

The Kone Pro series use ROCCAT's Owl-Eye 19K dpi optical sensor, making them highly accurate. The high-performance sensor allows for precision translation from movement to gameplay. The Kone Pro comes with the PhantomFlex® cable for a feeling of unrestricted motion. Providing an even greater level of freedom, the Kone Pro Air is completely wireless, with dual connectivity possible via Bluetooth and wireless transmitter. The Kone Pro Air’s Rapid Charge feature provides five hours of gameplay with just a 10-minute charge, while Stellar Wireless delivers over 100 hours of continuous gameplay with a full charge. Sadly I wasn't able to test the Kone Pro Air, but the wired version simply felt great. There's a wide range of DPI adjustment from 50 to 19000, adjustable on the fly with a button the bottom of the mouse. I needed to crank the DPI to 3000 for the recent Resident Evil: Village because the game's mouse adjustment were lacking and this filled the gap. My go to of Destiny 2 felt smooth sitting around 1600DPI. I can't imagine what you would use 19000 DPI for, but its there if you want it.

The oversize buttons do have a great clicky feel and never missed a beat. Overall I'll be moving to this as my daily mouse from the Burst Pro. The larger size and buttons make this much more comfortable over longer sessions of gaming.

The Kone Pro comes in at $79.99 and the Kone Pro Air is $129.99. Right now Amazon is running a sale on ROCCAT products as well, though, these recent releases do not qualify.