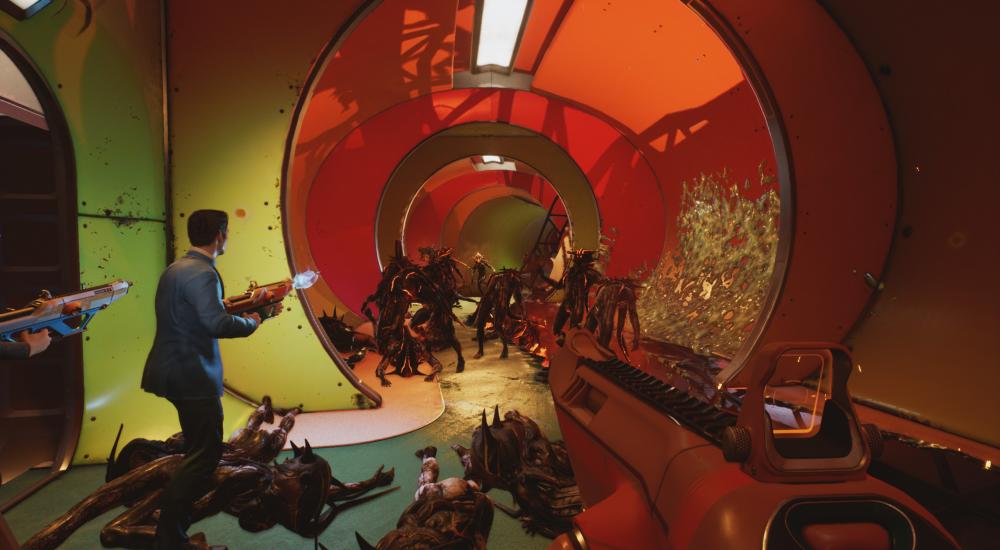 We're still getting caught up on some of the news and game announcements from E3 and Keighley's Summer Game Fest, and one title that sounds very promising for all us Left 4 Dead fans is The Anacrusis, the first game from new development studio Stray Bombay. The studio was co-founded by Dr Kimberly Voll and Chet Faliszek, who have plenty of experience betwixt them, and in an interview back in 2019 when the studio was first announced, Chet said "we wanted to start a studio that made co-op games."

The game takes place in a "massive starship stranded at the edge of explored space;" players will work together to fight off alien hordes and complete objectives as they move around the ship. Much like Left 4 Dead, while the levels and objectives may be the same, the challenges you'll face won't be as The Anacrusis also uses its own A.I. director (the "AI Driver") to "spawn every enemy, directs each boss, and places every weapon, gadget, and health kit." More than that, per that interview with Chet and Dr Voll, the Drive should also be able to keep track of how you've been playing with friends to throw some curveballs your way. Finally, the game will also support cross-play between PC and consoles, and mods from the community, in case you wanted to turn all the aliens into "Macho Man" Randy Savage or something.

There's no official release date for The Anacrusis yet, but it will be headed to PC via Steam, Epic Games Store, and the Windows Store, as well as Xbox One and Xbox Series consoles, sometime this Fall.