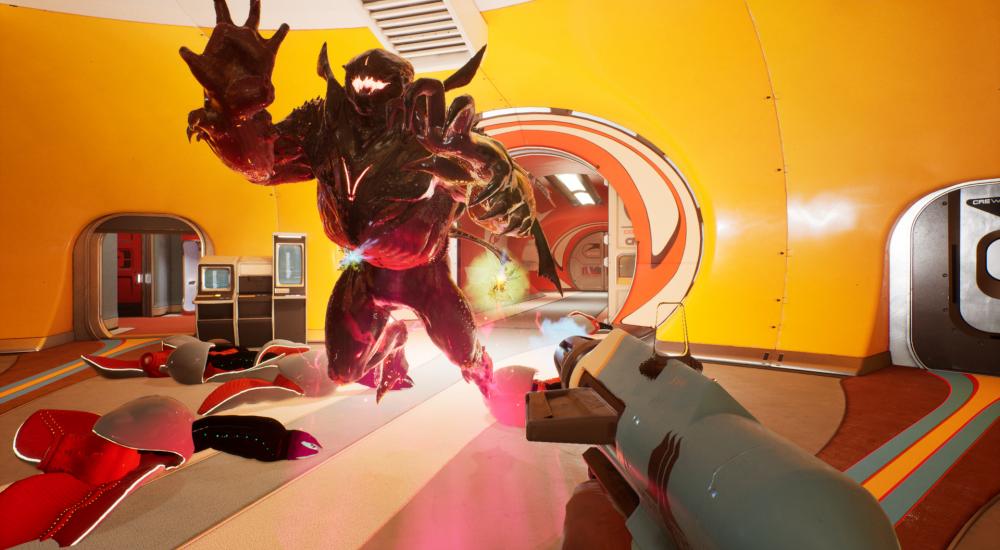 After last week's playthrough of Back 4 Blood, our appetites were whet for more co-op survival goodness. Next up on the list is the recently released early access version of The Anacrusis, a game from the same DNA though set in a distinctly different atmosphere.

This launch into Early Access and Game Preview serves as Season Zero for The Anacrusis, introducing players to the first four survivors of the alien attack across the first three episodes of the game’s story. In this first act, teams of four players explore The Isolode, a massive luxury starship stranded at the edge of explored space and infested with fearsome aliens with a far-out fashion sense.

So what's The Anacrusis all about? How does it play? It's a action survival shooter set in a 70's style space setting. The story plays out dynamically as players progress through the game. I think we'd all say it plays pretty much like you'd expect one of these games to with a few exceptions.

First up is the weapons. As of now there appears to only be six weapons to use - a pistol, a shotgun like blaster, a semi-automatic gun, a plasma rifle, an arc rifle, and a laser beam. The weapons do feel like the weakest part of the game, mostly they are pretty cookie cutter and feel as though they don't pack much of a punch when taking down enemies.

Thankfully this is made up by the gadgets and gizmos you'll pick up like vortex grenades, auto turrets, deployable shields and many other items that are used for crowd control and defensive strategy.

On top of this are random perk stations located throughout the levels to add special abilities to your characters like over-healing, speedy reloads, or automated call-outs of special enemies that last for the entirety of the run.

Finally we have the "melee" attack which is a shield pulse that knocks everything around you back. This move has a cooldown component stopping players from spamming it and it's especially effective. And often causes some fun physics glitches.

Watch our replay of Chapter 1 below and you can hear our real-time commentary on the game. We're definitely anxious to see where things go, with it being early access and all, and while we had a lot of fun - we really hope new developer Stray Bombay makes improvements based on player (and our) feedback.